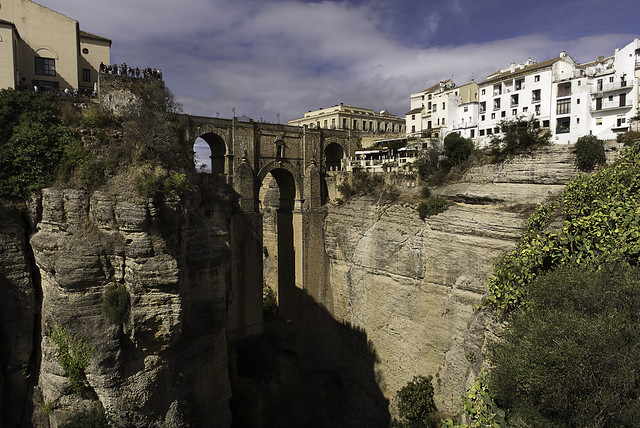 Ronda – Puente Nuevo. Three bridges, Puente Romano (“Roman Bridge”, also known as the Puente San Miguel), Puente Viejo (“Old Bridge”, also known as the Puente Árabe or “Arab Bridge”) and Puente Nuevo (“New Bridge”), span the canyon. The term “nuevo” is a bit of a misnomer, as the building of this bridge commenced in 1751 and took until 1793 to complete. The Puente Nuevo is the tallest of the bridges, towering 120 metres (390 ft) above the canyon floor, and all three serve as some of the city’s most impressive features. The former town hall, which sits next to the Puente Nuevo, is the site of a parador, and has a view of the Tajo canyon. “Wikipedia” 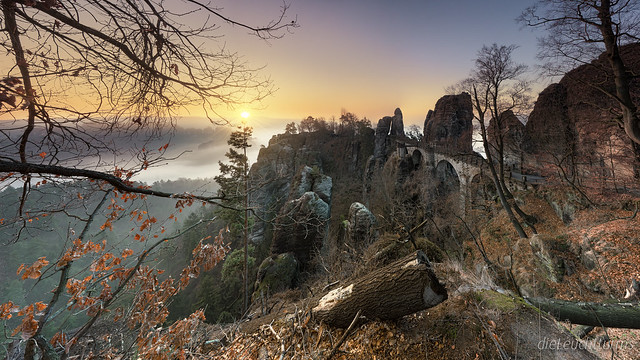 Sunrise behind Bastei bridge. Captured on last sunday in march 2012. The Picture shows the Bastei Bridge and rock castle Neurathen in beautiful Saxon Switzerland. The colours looks like autumn, but wasn’t, it was begin of spring 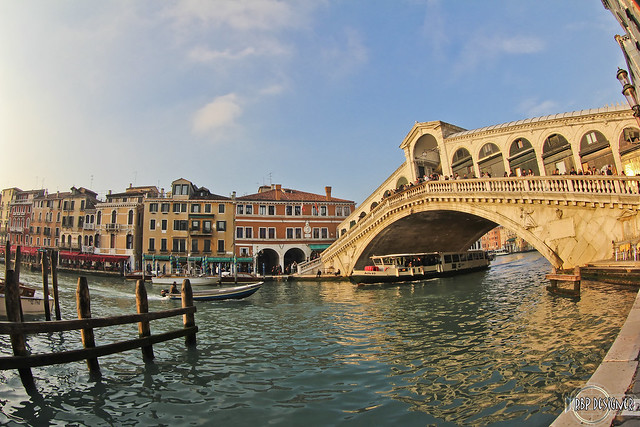 The Rialto Bridge (Italian: Ponte di Rialto) is one of the four bridges spanning the Grand Canal in Venice, Italy. It is the oldest bridge across the canal, and was the dividing line for the districts of San Marco and San Polo. 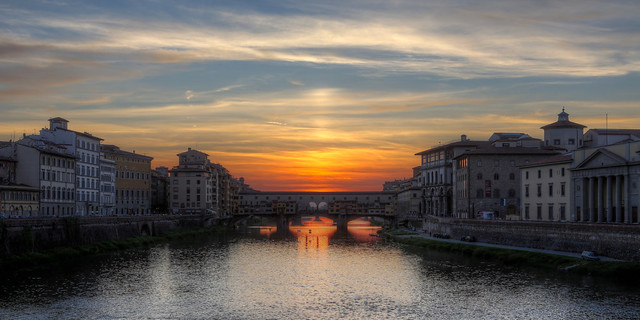 The Ponte Vecchio (“Old Bridge”) is a Medieval stone closed-spandrel segmental arch bridge over the Arno River, in Florence, Italy, noted for still having shops built along it, as was once common. Butchers initially occupied the shops; the present tenants are jewellers, art dealers and souvenir sellers. The Ponte Vecchio’s two neighbouring bridges are the Ponte Santa Trinita and the Ponte alle Grazie. 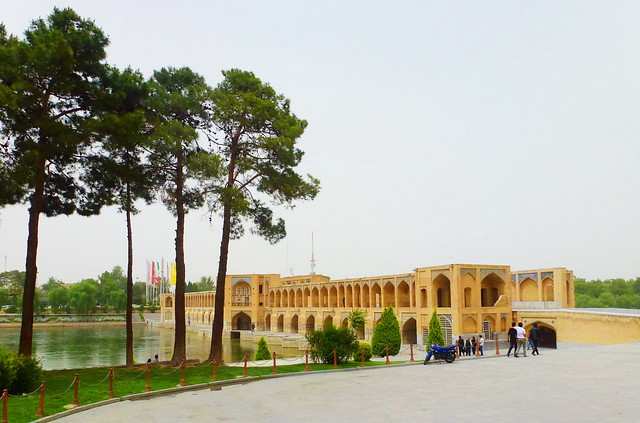 Khaju Bridge, in Esfahan, Iran, was built by Shah Abas II in 1650. The Zayande River starts in the Zagros Mountains, flows from west to east through the heart of Esfahan, and dries up in the Kavir desert. 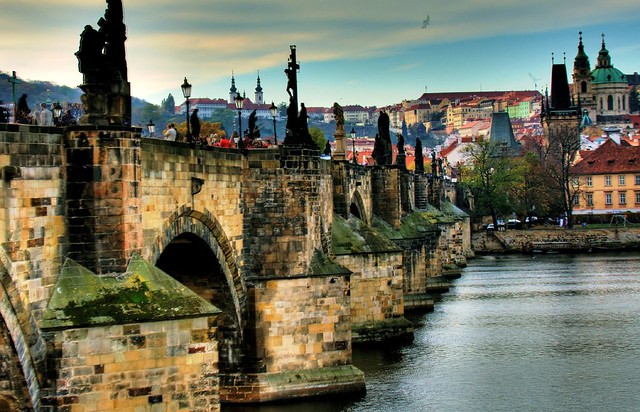 Prague – Charles bridge. Charles Bridge is a stone Gothic bridge that connects the Old Town and Malá Strana. It was actually called the Stone Bridge (Kamenný most) during the first several centuries. Its construction was commissioned by Czech king and Holy Roman Emperor Charles IV and began in 1357. 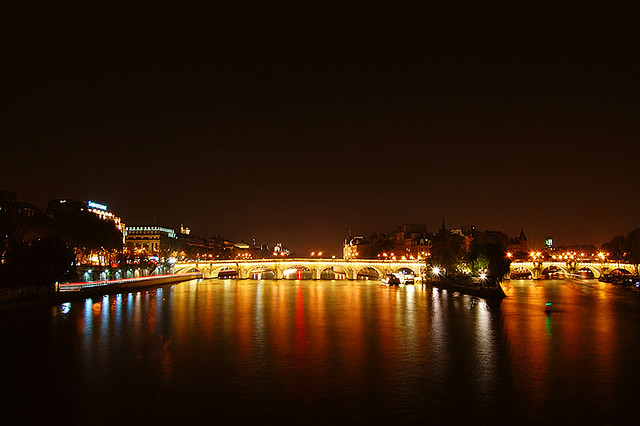 The Pont Neuf, French for “New Bridge,” is the oldest standing bridge across the river Seine in Paris. Its name, which distinguished it from the old bridges that were lined on both sides with houses, simply stuck. 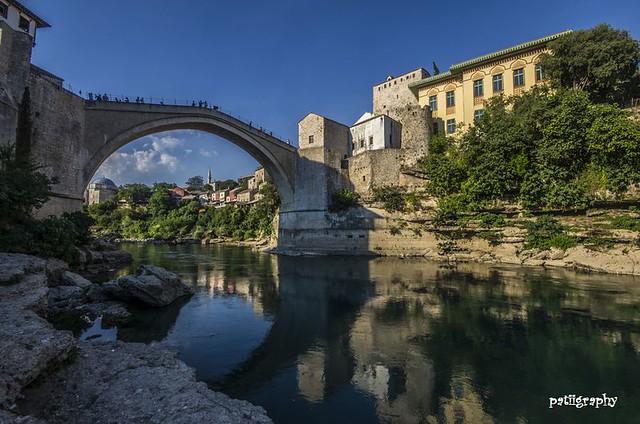 Stari Most, Mostar, Bosnia and Herzegovina

Stari Most (English: Old Bridge) is a reconstruction of a 16th-century Ottoman bridge in the city of Mostar in Bosnia and Herzegovina that crosses the river Neretva and connects two parts of the city. The Old Bridge stood for 427 years, until it was destroyed on 9 November 1993 by Croat forces during the Croat–Bosniak War. Subsequently, a project was set in motion to reconstruct it, and the rebuilt bridge opened on 23 July 2004. 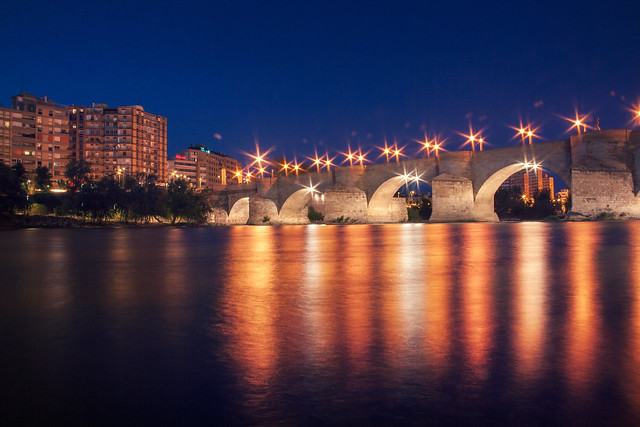 Konitsa’s bridge or Korakou. The singularity of the bridge of Konitsa is due to its huge arch and to its place. This one-arched stone bridge, being one of the biggest in Greece, has a height of 20 m and a length of 40 m. It was erected in 1870-71 paid by the banker I. Loulis from Kastanochoria. Some other donators and habitants of Konitsa participated also to the expenses, raised to 120,000 Turkish piastres. Technician was Ziogas Frontzos from the nearby village of Pyrsogiani. This was a serious effort to bridge Aoos river at this site, because many others had failed. A wooden construction of 1823 was destroyed in 1833. Later a second wooden bridge had the same bad luck.