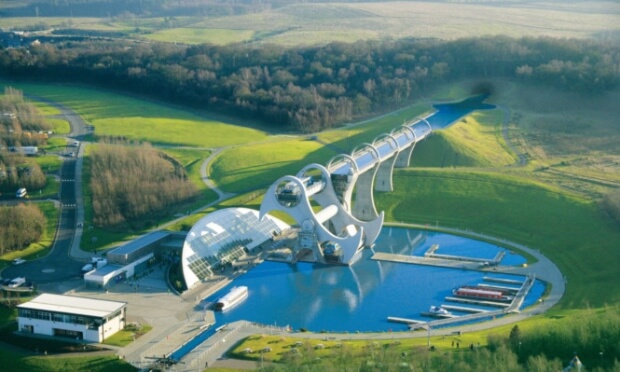 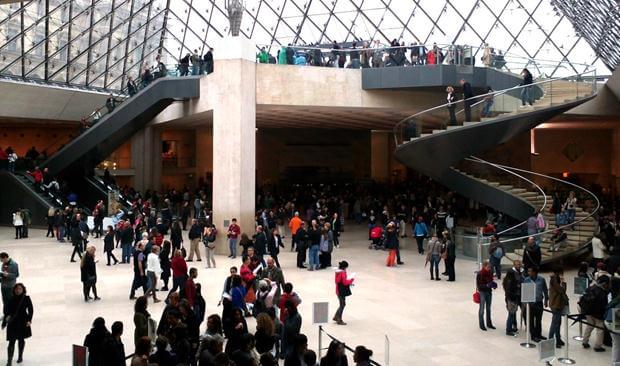 Louvre Elevator
The Museum situated in Paris, France, has one of the most unique elevators in the world, open-topped elevator that is hydraulically powered. It has a futuristic design, and is a landmark of Paris, as it takes a smooth and quiet way of shuffling in and out of the museum. When the circular platform comes to rest, guests get to step onto the slide-out walkway that appears for them to board. 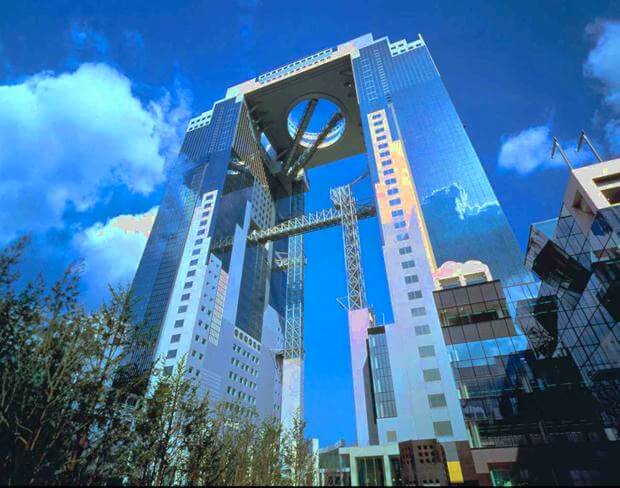 Umeda Hankyu Building Elevator
The Umeda Hankyu Building is located in Osaka, Japan, and its elevators have an area of 11.15×9.2 feet. There are studios in New York that are not as large as these huge elevators. They can accommodate about 80 passengers, or 5 tons in weight. The reason for which these elevators are so spacious is that, the offices start after the 15th floor, and large number of employees ride it together. 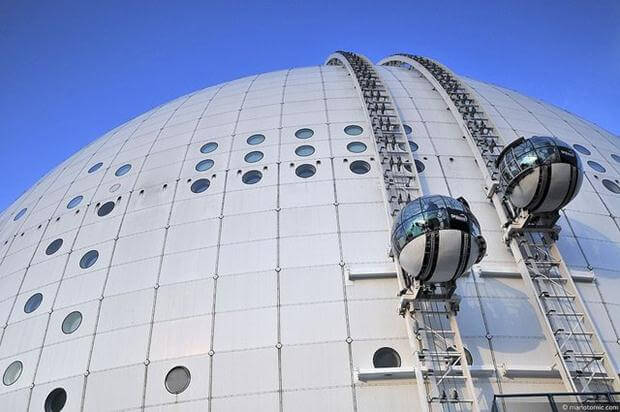 Globen SkyView
The Ericsson Globe is located in Stockholm, Sweden, and is the largest hemispherical building in the world. It has a height of 279 feet and a diameter of 361 feet. On the external side of the hemisphere, there are SkyView glass gondolas that give the riders a 20 min trip along the curve to the top of the globe. One of the most unique elevators in the world, the SkyView gives the best view of skyline. 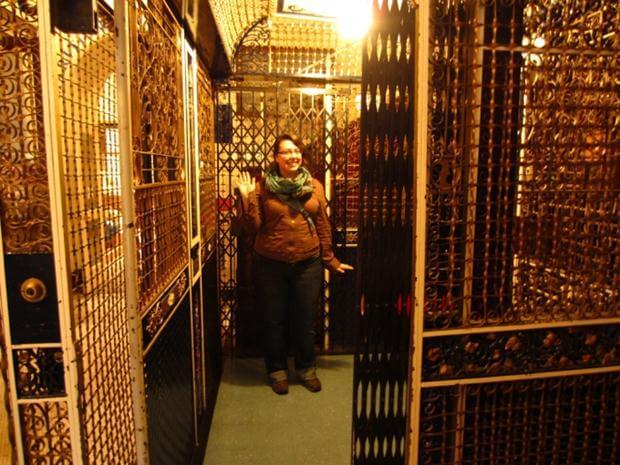 Maritime Museum Birdcage Elevator
The Maritime Museum Birdcage Elevator, at the Victoria Museum, is North America’s oldest operating birdcage elevator. This museum once housed the Provincial Law Courts, and the elevator was designed for second Chief Justice of the British Columbian Supreme Courts, Theodore Davie, who didn’t get to use it. Its gold exterior and blue grillwork have been maintained for over a century.

Lloyd’s Building Elevator
The Lloyd’s Building is located in London, UK, and is nicknamed the Inside-Out Building. It has a bold architectural design, with water pipes, power conduits and staircases all on the exterior, for the maximization of the interior space. It has 12 glass elevators, located outside, as well. These were the first of their kind in the UK. The lifts carry people up and down in plain view of the financial district. 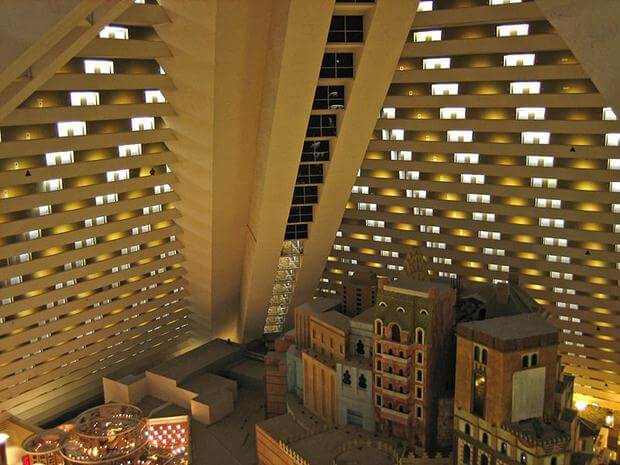 Luxor Hotel Inclined Elevator
The Luxor Hotel is located in Las Vegas, the land of strange hotels. It has an iconic construction of a pyramid, for which it is often referred to as the Pyramid Hotel in Las Vegas, and it has elevators that ascend and descend on an incline of 39 degrees. Because of the level floor, the elevators give a normal riding experience, apart from a brief sensation, making it perfect for every kind of rider. 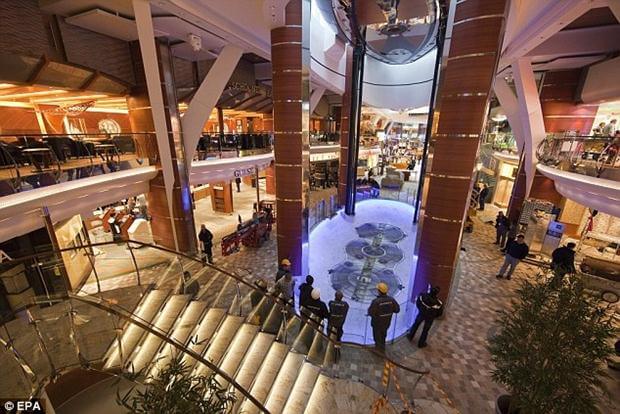 Rising Tide Elevator
The Rising Tide Elevator is located in the MS Oasis of the Seas, the largest cruise ship in the world. It is the only elevator that is combined to serve as a bar, as well. The elevator connects the Central Park deck of the ship to its Royal Promenade, with 35 patrons/passengers riding it. The two-storey trip in the elevator takes 8 min, which provides enough time for enjoying a perfectly made cocktail. 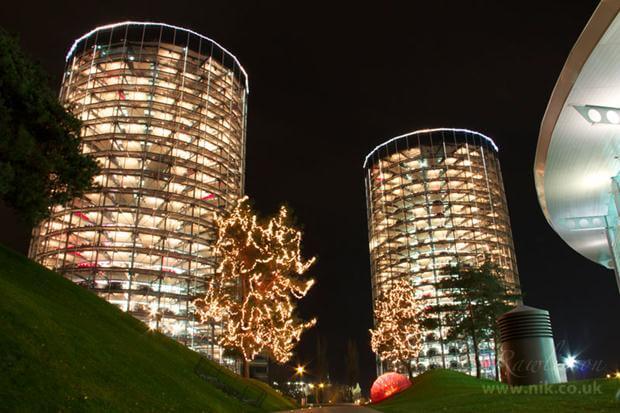 Autostadt Silos
The Autostadt Silos is located in Wolfsburg, Germany, next to the home base of Volkswagen. It is a car garage in multiple levels, but involves no driving. A conveyer belt carries a finished car in the Volkswagen factory down an underground tunnel of half a mile to one of the silos of 200 feet, to be picked by the elevator, and placed in an open slot. This elevator system does not require driving.

Falkirk Wheel
The Falkirk Wheel is a one-of-a-kind elevator in Falkirk, Scotland. It is a rotating boat lift, connecting the Union Canal and the Forth and Clyde Canal, and transporting boats between them, thus serving as a lift between the canals that are 79 feet apart in height. This is the only rotating boat lift, turned by 10 hydraulic motors. The 600 ton apparatus runs, perfectly level, using only 30.2 horsepower. 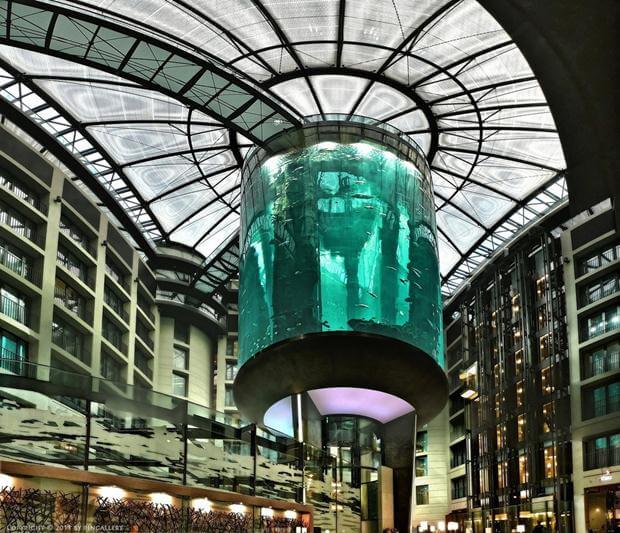 AquaDom
The AquaDom at the Radisson Blu hotel in Berlin-Mitte, Germany is a Berlin Sea Life Centre attraction. It is a transparent elevator at the centre of an aquarium of 82 feet, world’s largest cylindrical tank, with acrylic glass securing about 260,000 gallons of seawater and more than 1,500 different fish of 97 species which are fed about 18 pounds of food every day by three to four divers.

There are many more unique elevators in the world, moving up and down the tallest of buildings in the world, offering a great view to the riders, and making them feel on top of the world. In fact, a trip in any of these elevators is nothing short of a joyride.