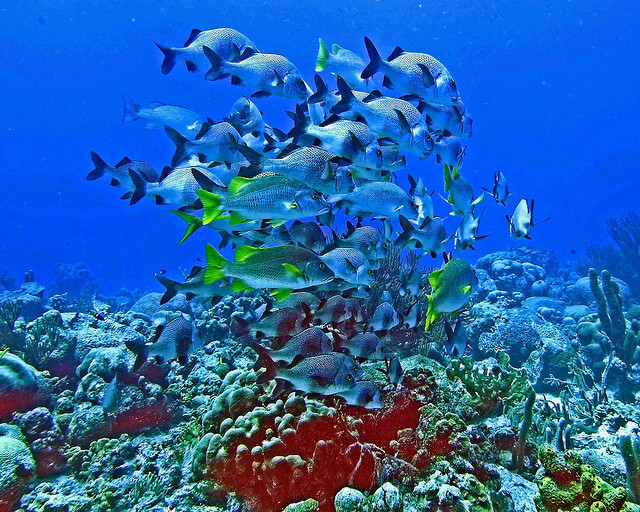 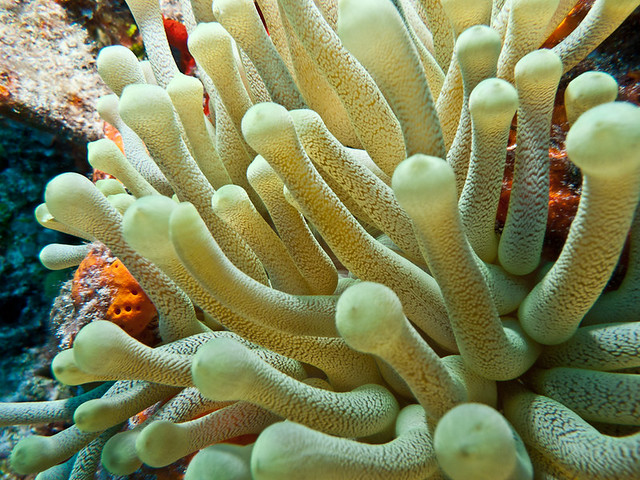 Soft Corals
I live in Northern California where there are plenty of scuba diving opportunities available, only they all involve very cold water. When I go somewhere warm I try to dive whenever I can. With that in mind I made sure I took the short ferry ride from Playa del Carmen to Cozumel to get a day of diving in. I was rewarded with these beautiful soft corals. 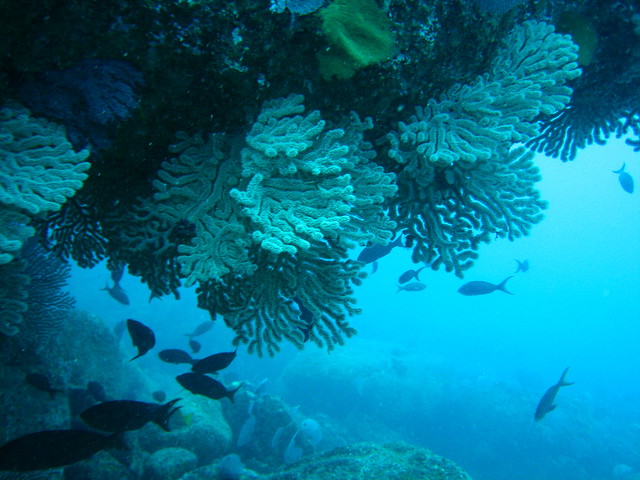 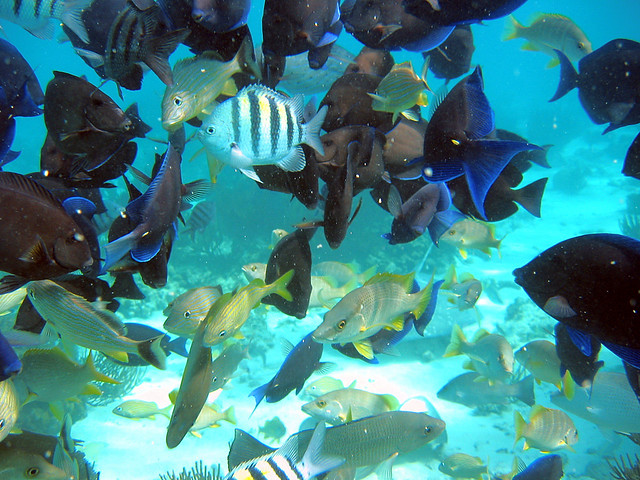 Feeding frenzy, Grand Cayman
Near Stingray City in North Sound. These fish were being fed by a snorkeling boat (you can see bits of food in the water). This was taken way back in 2002, and I suspect they may not even allow fish feeding on tour boats in Grand Cayman anymore. Normally, I don’t care for photos of artificial feeding aggregations, but this one is fairly colorful and shows a diversity of species. I see at least 9 species, including sergeant majors, schoolmaster snappers, gray snappers, blue tang, ocean surgeonfish, French grunt, bluestriped grunt, a stingray, and a scrawled filefish (hard to see in the background). 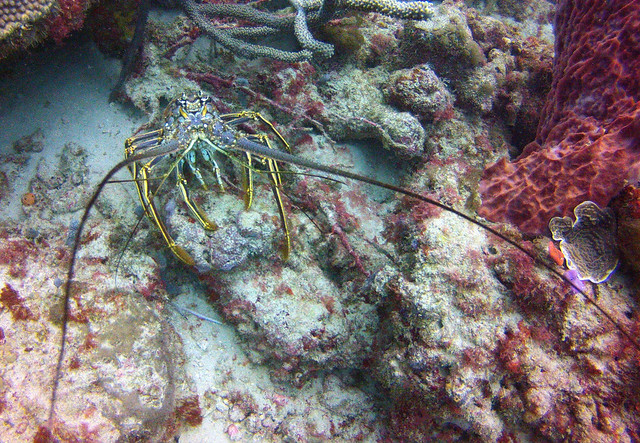 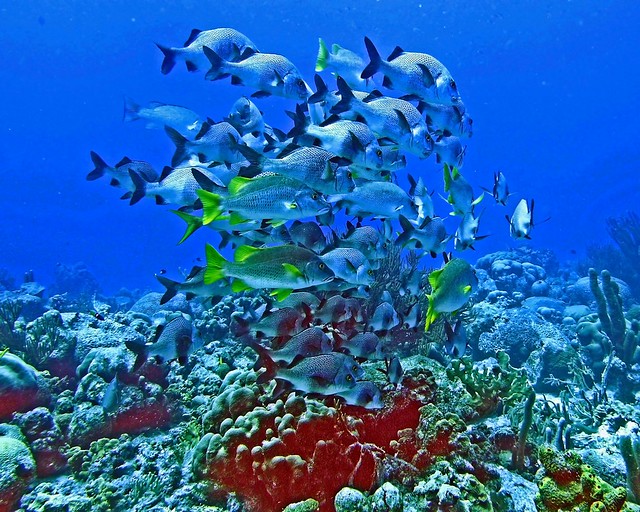 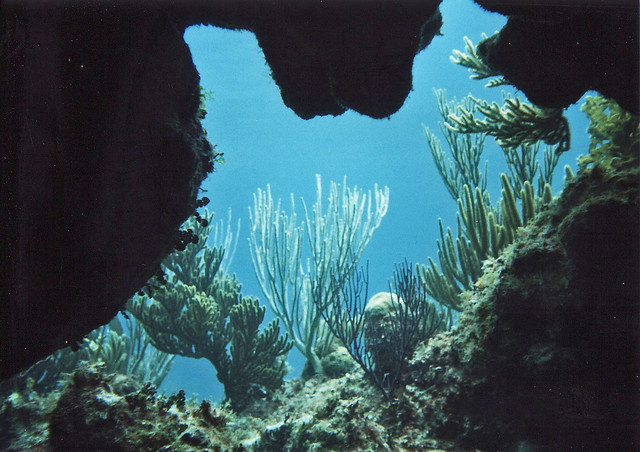 Snorkeling through the shallow caves around the Islands of Nassau, Bahamas 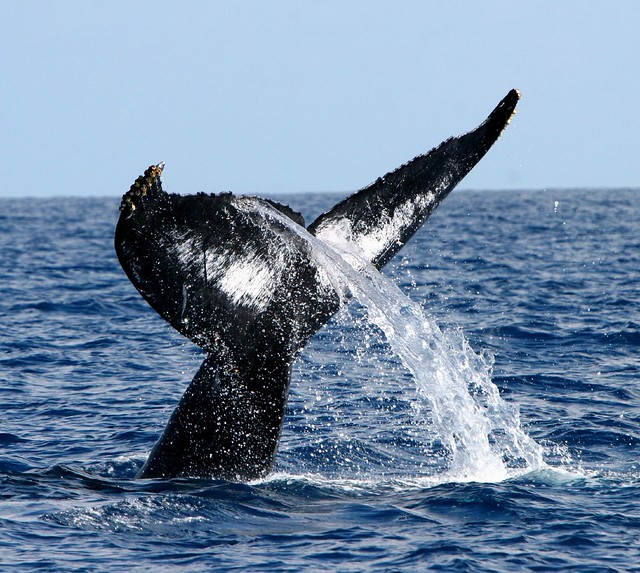 Whale Fluke
Surface shots of Humpback Whales taken at the Silver Banks Whale Sanctuary, 100 miles out into the Atlantic Ocean from the Dominican Republic 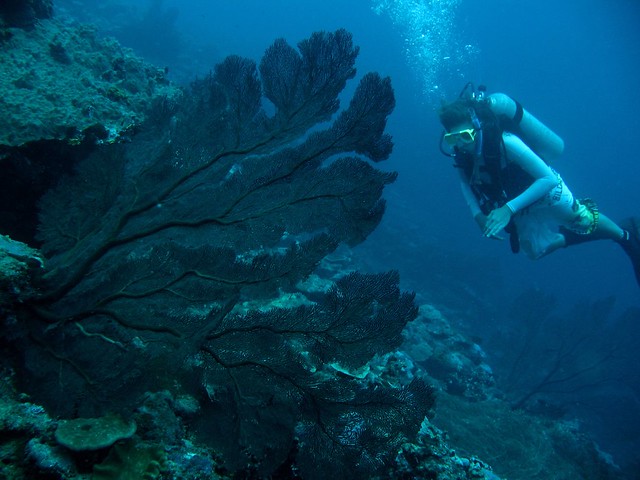 Diving Fiji
Diving off the Warrick Resort with SPAD divers