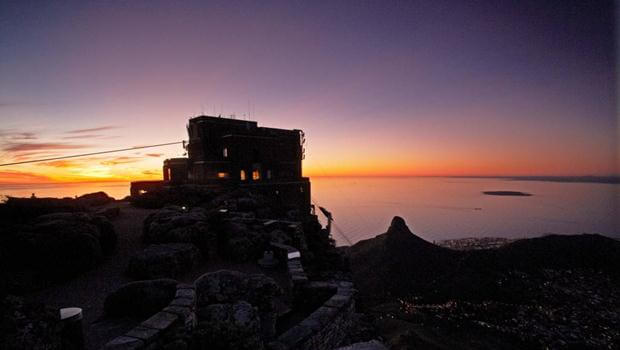 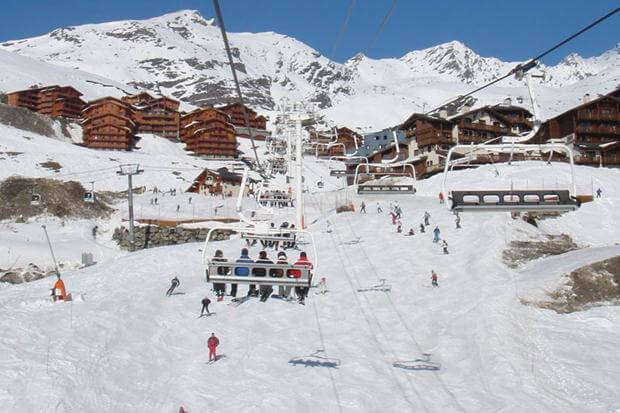 Val Thorens is the highest ski resort in Europe, located in the Tarentaise Valley, Savoie. It offers an excellent view of the French Alps, especially from the aerial lifts available here. Val Thorens has a total of 32 lifts. These include chairlifts, draglifts, cable cars, gondolas and magic carpets. There are four funitels. While the funitels are very popular, the brave-hearts choose to ride the open chairlifts. 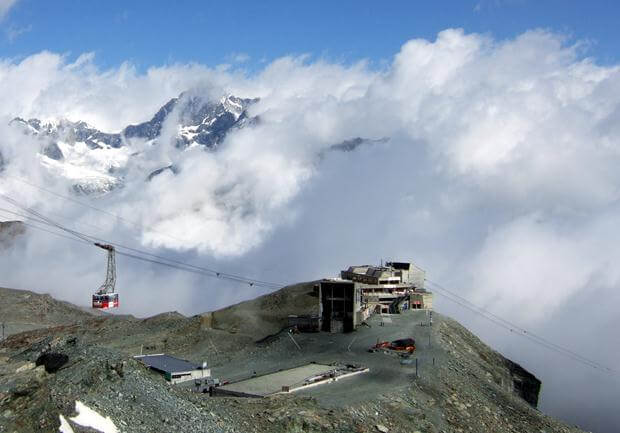 The Klein Matterhorn aerial tramway is in Switzerland, at the end of the multi-stage journey from Zermatt in the cable car. The cable car offers a stunning view of the Theodul Glacier below, while it is also possible to catch a view of the Ice Cave or Glacier Grotto from outside the tram station. Klein Matterhorn offers the largest and highest summer ski are in Europe, and lift serves access to it. 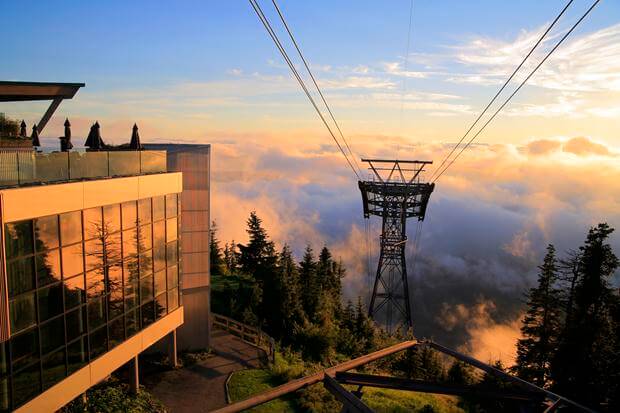 The Grouse Mountain in British Columbia is one of the North Shore Mountains of the Pacific Ranges of Canada. The Grouse Mountain Resort is a winter alpine ski area overlooking Greater Vancouver. One of the major attractions in this resort are the four chairlifts. The chairlift rides offer amazing scenes. Besides, a Swiss Garaventa aerial tramway allows public access to the top of the mountain. 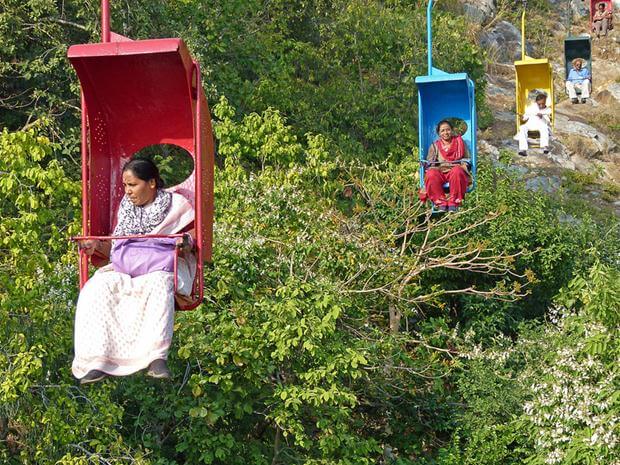 Rajgir is the capital city of the Magadha kingdom, in the Nalanda district of Bihar. One of the main attractions of this spots for the tourists is the ropeway. It connects the Makhdoom Kund, the Vishwa Shanti tupa and the monasteries. They offer an excellent view of the valley nested among the seven hills: Vaibhara, Ratna, Saila, Sona, Udaya, Chhatha, and Vipula. The open lifts are for single riders.

The ancient fortress of Masada, Israel is a UNESCO World Heritage Site on the eastern edge of the Judaean Desert and overlooking the Dead Sea. The Masada cableway is the lowest aerial tramway in the world, with its bottom station 257m below the sea level, and its summit only 33m above it. The initial tramway support pillars are no more there, and hanger of the cabin now encloses the ropes.

Norsjö is located in Sweden in the Västerbotten County. The Norsjö aerial tramway is an internationally reputed aerial lift, which, at 13.2 km, is a section of the world’s longest ropeway conveyor of 96 km. The tramway is between Örträsk and Mensträsk, and is a bi-cable gondola lift with cabins that are detachable. Initially built to transport ore, it is now a popular tourist attraction. 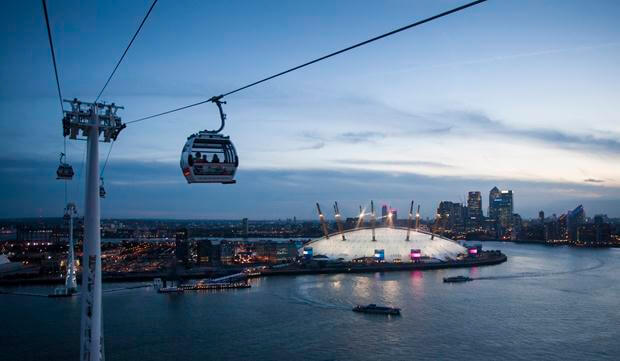 London is the capital city of England and the United Kingdom, standing on the bank of the River Thames. The Emirates Air Line, which also known as the Thames cable car or dangleway, is a gondola lift link across the River Thames. A trip in it from the Greenwich Peninsula to the Royal Docks is typically of 10 min, though in rush hour, it is of 5 min. The ride gives a spectacular view of the city. 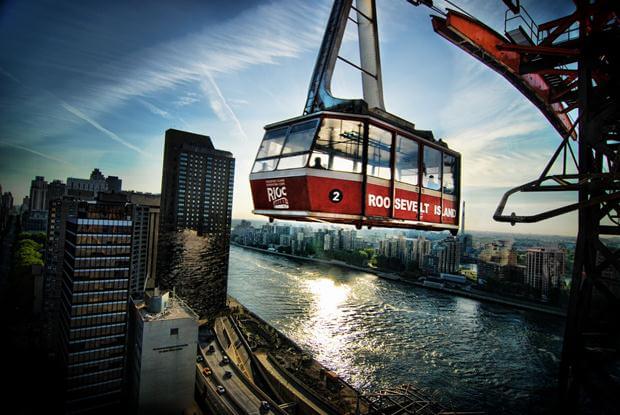 Cape Town is the provincial capital and the primate city of the Western Cape of South Africa. One of its landmarks is the Table Mountain, with its areal cableway. The Table Mountain Aerial Cableway, completed in 1929, is one of the world’s oldest. Double cable, and Rotair cars whose floors rotate for a panoramic view of the mountains, seaboards, island, etc. replaced the former single cable system. 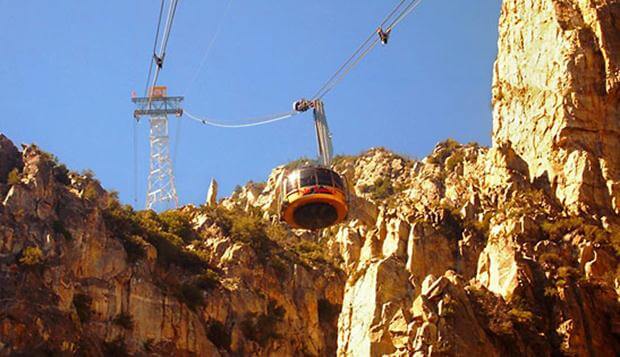 Palm Springs in California is a desert resort city in Riverside County, located within the Coachella Valley near San Jacinto Peak, in the rugged Chino Canyon. The Palm Springs Aerial Tramway, the world’s largest rotating aerial tramway, is a great attractions. The 12.5 min ride from the Sonoran Desert to an alpine forest offer panoramic view of the mountains, valleys, desert and the Salton Sea.

There are several other amazing aerial lifts of various kinds all over the world. The Merida cable car in Venezuela is the highest of them all at 4,765 m, but in 2008, it was closed for an indefinite period of time. The current highest aerial ropeway system that is still active is the Gulmarg Gondola in India, which offers an excellent view of the heavenly mountains. All these aerial lifts, and many more, offer the most stunning views of the earth below, while giving the rider the sensation of flying in mid-air.