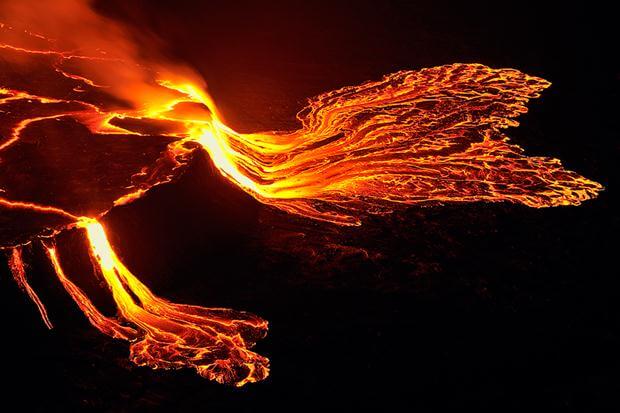 Nyiragongo volcano is one of the most active volcanoes in Africa, located in Goma in the extrem east of congo DRC near the border of Rwanda. It contains the largest and most voluminous lava lake in the world, measuring a staggering 10 million cubic meters. 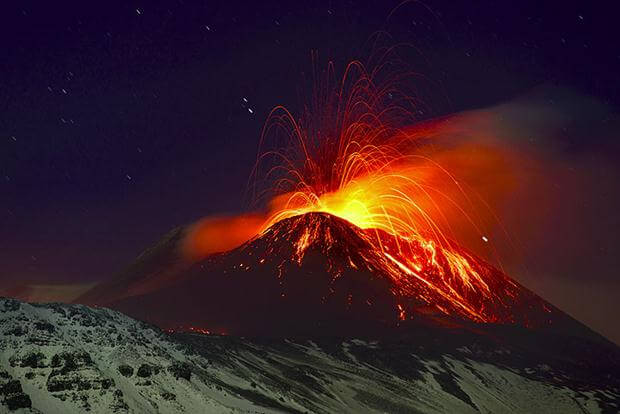 Mt Etna is the largest active volcano in Europe. It has an elliptical base 38 x 47 km (24 x 29 mile) and a maximum elevation of about 3350 meter (10,990 ft) . The volcano dominates the landscape of north east Sicily, Italy. The first eruptions at Etna occurred 500,000 years ago. Mt Etna has the longest period of documented eruptions in the world. Etna is noted for the wide variety of eruption styles. The volcano is at its most spectacular when when both summit and flank eruptions occur simultaneously. Source: volcanolive 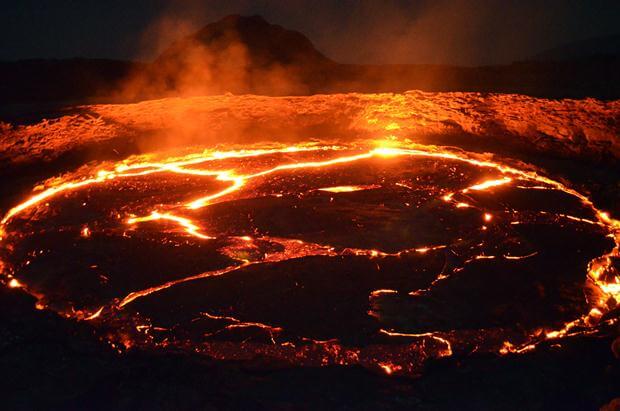 Located in the Danakil Depression (or Afar Depression) in the Afar Region of northeastern Ethiopia, Erta Ale is one of the driest, lowest and hottest places on earth. Temperatures during the year range from 25°C to 48°C (77°F to 118°F). The area is beset by drought, bereft of trees, and has little in the way of roads. Despite the harsh conditions, danger of volcanic eruption, and extreme heat, Erta Ale has become something of a tourist destination recently. Whereas in 2002 the area was accessible only by helicopter, today adventure tourism groups take trips to the volcano lakes and it is now possible to drive within 6.9 km (4.3 miles) of the volcano. Source: atlasobscura 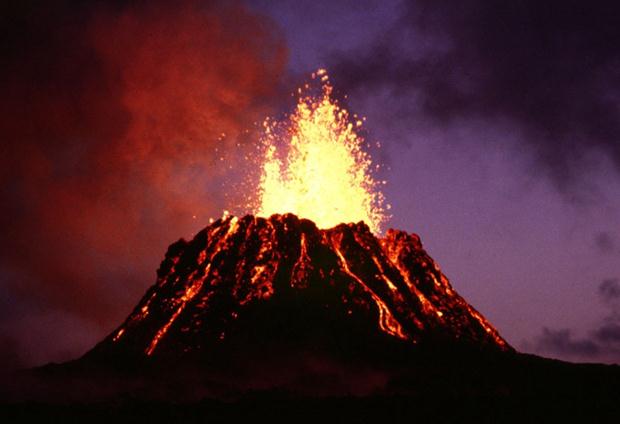 Kilauea is the youngest and most active Hawaiian shield volcano, located on the southern part of the Island of Hawai’i, known as Big Island. Hawai’i is the southernmost and largest of the island chain, which owes its existence to the very active Hawaiian hot spot. Kilauea volcano is near-constantly erupting from vents either on its summit (caldera) or on the rift zones. At present, Kilauea volcano is still having one of the most long-lived eruptions known on earth, which started in 1983 on the eastern rift zone and has mainly been concentrated at the Pu’u ‘O’o vent. Source: volcanodiscovery 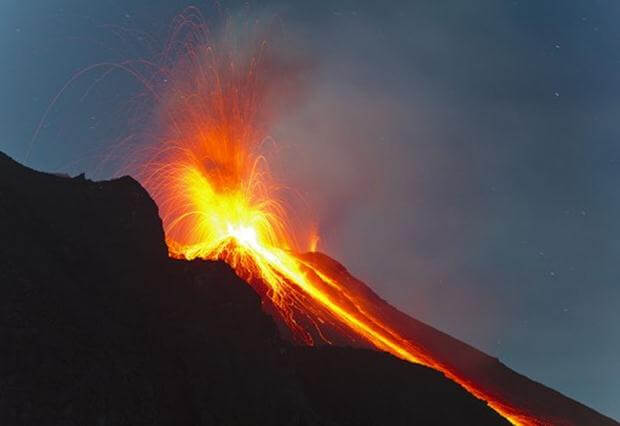 Stromboli is one of the most active volcanoes on Earth and has been erupting almost continuously since 1932. Because it has been active for much of the last 2,000 years and its eruptions are visible for long distances at night, it is known as the “Lighthouse of the Mediterranean”. It is among the world’s most visited volcanoes. Stromboli forms the northeastern-most of the Aeolian islands. Its base begins over 1000 meters below the surface of the Tyrrhenian Sea and it rises to an elevation of 924 meters above sea level. Source: geology.com 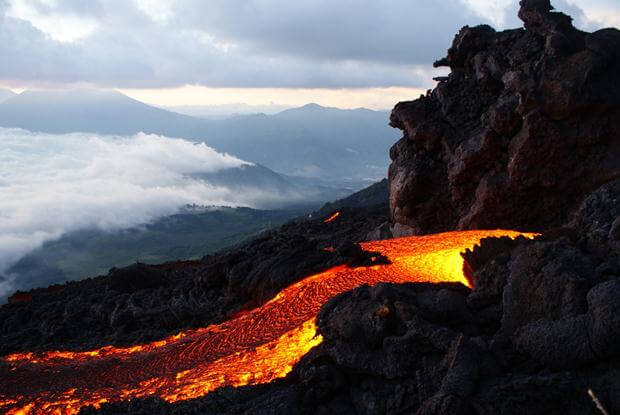 Pacaya is a complex volcano, consisting of an older stratovolcano, domes, flows, tephra, and the modern basaltic stratovolcano. Most of the complex has formed in the last 23,000 years. Pacaya has erupted at least 23 times since 1565. Little is known about the early historic eruptions due to the remote location of the volcano. 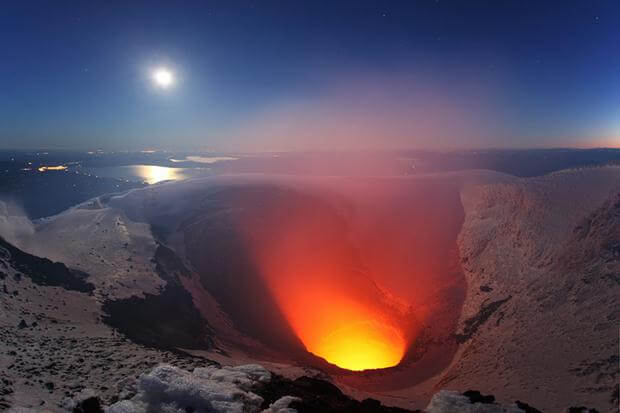 Snow-covered Villarrica, one of Chile’s most active volcanoes, rises above the lake and town of the same name. It erupts basaltic lava and is one of the few permanently active volcanoes in the world, with frequent strombolian activity and sometimes a small lava lake present in its summit crater.