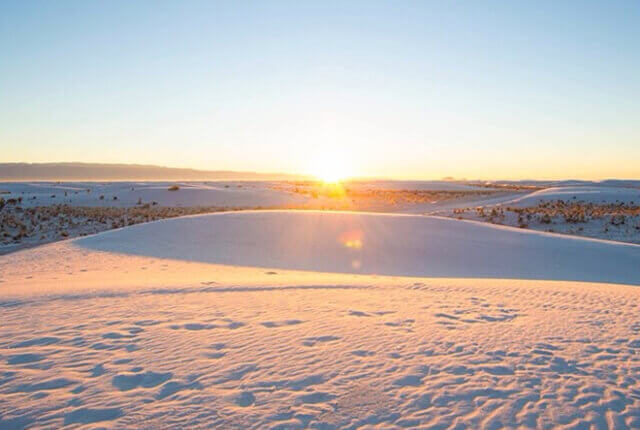 Why go far in search for beautiful places when you can find these right here in America? All these breathtaking must-see places are found in our own backyard. If these are not yet in your ‘to-visit’ list, they should be!

Located in northeastern Arizona, Canyon de Chelly is owned by the Navajo Tribal Trust of the Navajo Nation. The name Chelly originates from the Navajo word Tséyi which translates to “within the rock”.

The most distinctive geologic feature of the park is the Spider Rock. The sandstone spire rises to 750 feet from the floor of the canyon floor. According to Navajo beliefs, the taller spire is home to the Spider Grandmother who has created the world.

Though not a castle nor a rock, it is still a beauty. Castle Rock was a chalk deposited by an ancient inland sea that occupied the Midwest. The landmark was formed into its present distinctive shape by wind and water.

If you are looking to be thoroughly amazed by the beauty of nature and be mystified by the ways of ancient people – you must visit this place.

The indigenous Ute tribe is believed to have carved the mysterious etchings that can be found in the red rock walls of the park. There are also evidences of fire rings built painstakingly from thousands of years ago.

This is the largest hot spring in the U.S. and the third in the world. It was named by geologists for its striking colors. The color effect is produced by an optical prism which disperses white light into red, yellow, blue, green and orange.

Visiting Grand Canyon? Don’t forget to give the Horseshoe Bend a look-see. The horseshoe-shaped meander of the Colorado River is found just north of Grand Canyon and outside the town of Page, Arizona.

This might just be the most diligent and hard-working of all volcanoes. It has been spewing without pause since 1983!

Below the river of lava is a complex cave network that was carved by flowing lava hundreds of years ago.

This preserved wilderness area is located about 62 miles east of Portland, Oregon.

The various colored bands on the side of the hills are evidence of the hills’ slow growth over 30 million years. The remains of primitive rhinos and camels have been found here by archaeologists.

Gaze upon this official waterfall of Washington State and be awed by its powerful flow in amidst a rugged, breathtaking canyon.

Locals will celebrate the Skagit Valley Tulip Festival this coming April. Witness this field of tulips burst into bloom.

This Arctic Amazon found on the tip of Alaska is teeming with wildlife including wolverines, caribou, and raptors.

This National Monument is located about 16 miles southwest of Alamogordo in the state of New Mexico. It is elevated at 4,235 feet and what’s really surprising about this extremely rare flat is it is made of gypsum which is usually dissolved by rainfall.