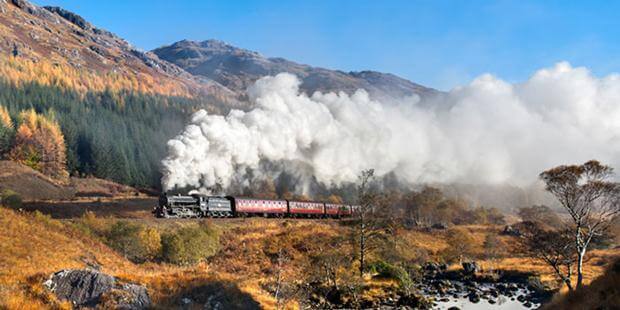 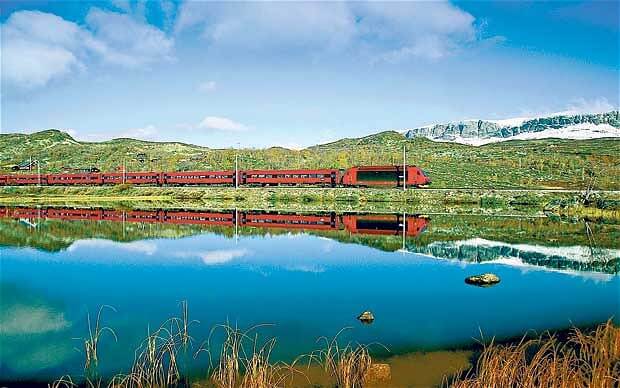 The Bergen Line, Norway
This adventure over northern Europe’s loftiest railway is so precipitate that the train has five braking systems. It passes fjords, glaciers and snow-capped peaks on its way from Oslo to Bergen; it loops through a spiral tunnel in mountain rock and at its highest point crosses the ­glacial wastelands of Europe’s largest ­mountain plateau. Journey time: around seven hours, from £33 one way, nsb.no 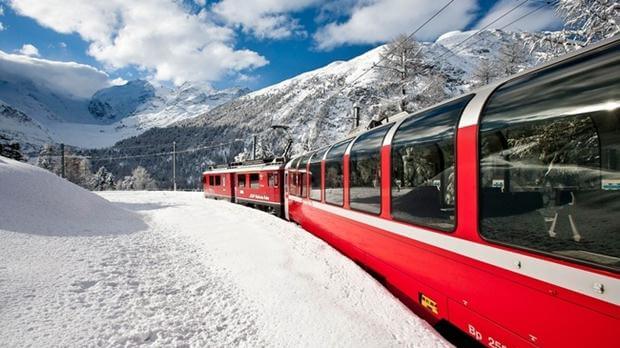 Davos, Switzerland to Tirano, Italy
At around 20mph, the Bernina Express must be one of the slowest trains to earn that description. You wouldn’t want it to go any faster though, since it rears and plunges over the southern Alps, navigating 196 bridges, some of them spanning dizzying chasms, and boring through mountains via 55 ­tunnels. The views from the glass-roofed panorama car as it climbs 2,253m over the Albula pass to St Moritz are staggering. And the engineering skills that zigzagged the track over precipitate terrain are so impressive that it has ­become a Unesco World Heritage Site. 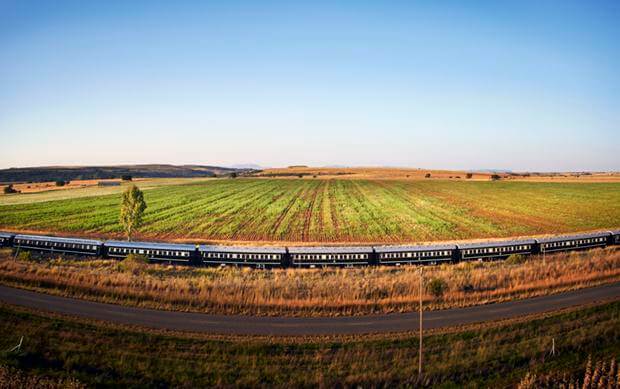 Pretoria to Cape Town, South Africa
By day you glide past waterfalls, sunflower farms and flocks of wild ostrich and make a stop at the diamond mines of Kimberley; at night you watch the moon rise over the desert lands of the Karoo. The following dawn you are among the world’s finest vineyards (produce of which is served on board) before pulling in beneath Table Mountain. Almost as awesome as the views is the luxury of the Blue Train. Marble-tiled, gold-plumbed bathrooms, stately, cigar-stocked lounges, gourmet dining and personal butlers may distract you from the observation deck. 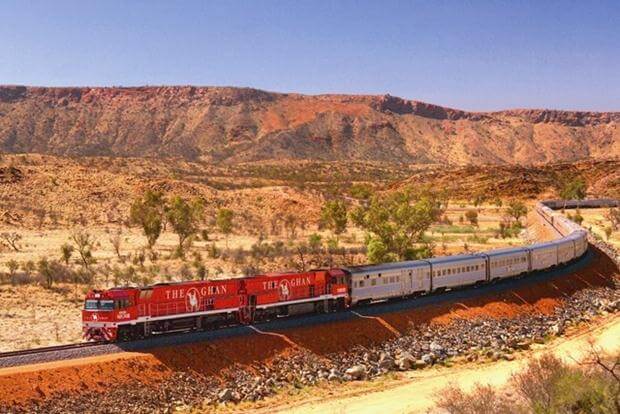 Adelaide to Darwin, Australia
When the final stretch from Alice Springs to Darwin opened in 2004, a century-old dream was realised. The Ghan, named after the Afghan camel trains that pioneered routes through the outback, travels 1,852 miles up the middle of Australia, crossing vineyards and desert, past mountains, gorges and grazing kangaroos. Although life has grown more comfortable since the days when drivers of stranded trains had to shoot passing animals for supper, this is not a luxurious experience. Air-conditioning is turned off at night, so don’t be tempted during the summer months. 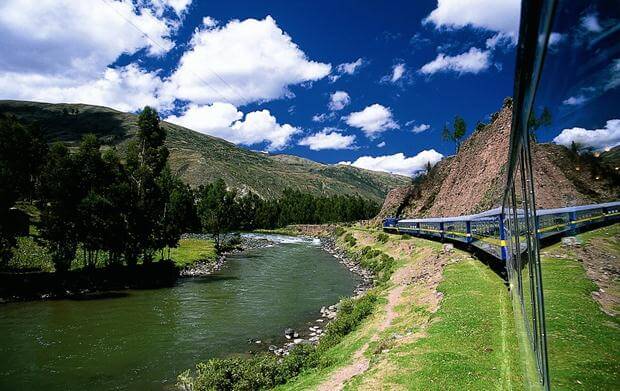 Cuzco to Machu Picchu, Peru
Several backpacker trains a day pull out of the Incan capital of Cuzco, one of the world’s highest cities, and snake their way for 50 miles through the Andes to the cliff-top ruins of Machu ­Picchu (pictured). Along the route you plunge from the highest points past towering green peaks into the ­Sacred Valley, then ­follow the Urubamba river with views over the canyon. The same route can also be ­travelled aboard the Hiram ­Bingham, a luxury train ­modelled on 1920s ­Pullman ­carriages, with fine dining.Backpacker Journey (80 minutes), from £22.50, timetable resumes 1 July 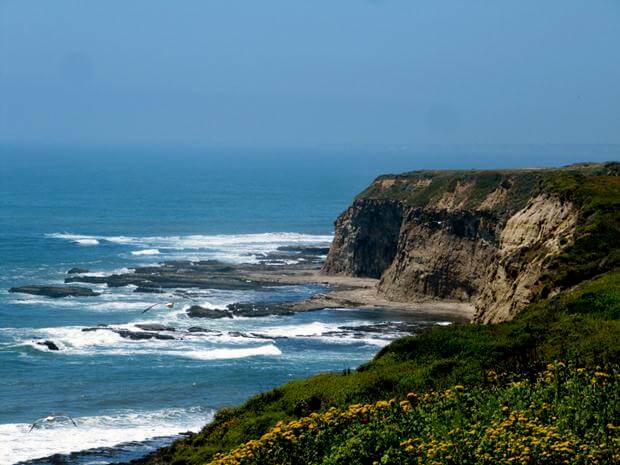 Seattle to Los Angeles, United States
The double-decker Coast Starlight links the greatest cities on the west coast and some of the nation’s most spectacular scenery. If you buy a flexible ticket you can explore the cascades, the high Sierra, San Fransisco and Big Sur. From the comfort of your reclining seat you can watch the mountains, forests, valleys and Pacific Ocean shoreline pass by. Dining is an elegant affair of linen and china. Children can play videogames in the Arcade Room. Sleeping car pasengers can pay extra to taste local wines and cheeses in the parlour car, which also has a theatre and coffee bar.

Qinghai, China to Lhasa, Tibet
You need emergency oxygen and your signature on a health registration card to travel, such are the altitudes reached by the new Qingzang railway. As the train climbs up 5,000m on its 2,703-mile trek, temperatures plummet so drastically that the water in the toilets has to be heated to prevent it freezing. This section is the world’s highest track and much of it is laid over permafrost. The highest drama comes as it broaches the Tangula Pass and crosses the ­Tibetan Plateau. International travellers will require a special visitor permit ­before disembarking in Lhasa.

Glasgow to Mallaig, Scotland
Britain at its wildest, loneliest and ­loftiest – the Road to the Isles track reaches 411m. After shedding the city, you hug the banks of Loch ­Lomond, then speed through a drama of ­waterfalls, castle ruins and mountain flanks. The bleak expanses of Rannoch moor are so ­inhospitable that no road dares cross it and the track had to be balanced on a mattress of tree roots, earth and ashes. Later Ben Nevis rears over the line ­before you sweep across a 100ft high viaduct given new fame by its appearance in several Harry Potter films. 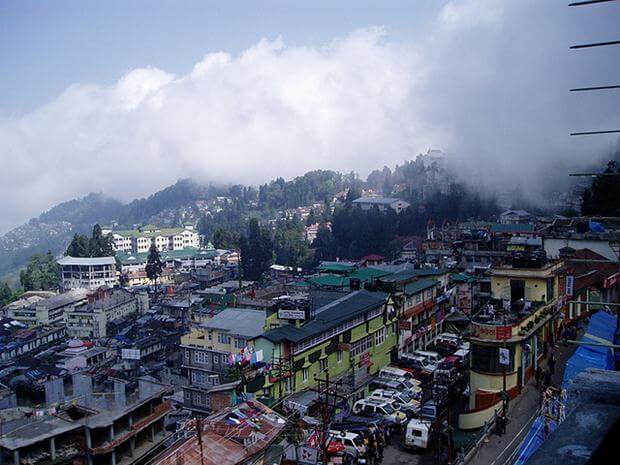 Siliguri to Darjeeling, India
This steam train used to haul ­overheated expats to the British hill station of Darjeeling, where they would sit out the summer blaze ­before returning to Calcutta. The line is now a World Heritage Site and the stations along the way have been restored to vintage quaintness. As it ascends from the plains, the temperature drops ­dramatically and you crawl past tea gardens and teak forests with spectacular views of the Himalayas and the world’s third ­highest peak of Kanchenjunga. 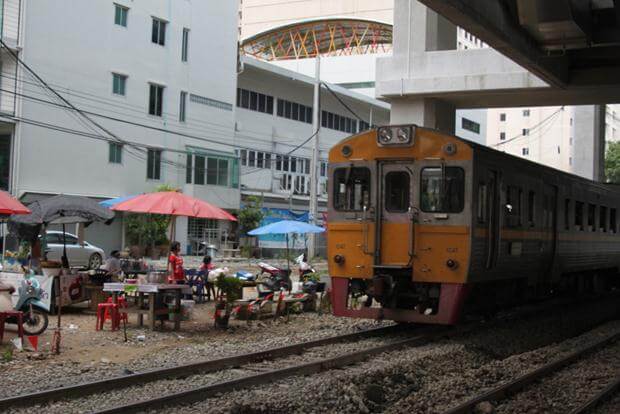 Chiang Mai, Thailand to Singapore
An intimate view of the equatorial tropics minus the mosquitoes. Aesthetically, the Eastern and Orient Express stopped circa 1925. The cabins are panelled with cherry wood and marquetry; the observation car masquerades as a colonial veranda. Thus sheltered from the discomforts of nature you can gaze upon rainforests, rubber plantations and paddy fields. You’ll pass through Bangkok, cross the bridge over the River Kwai, head down the Malaysian coast, salute Kuala Lumpa and end by the tropical beaches of Penang with a handful of sightseeing stops along the way.