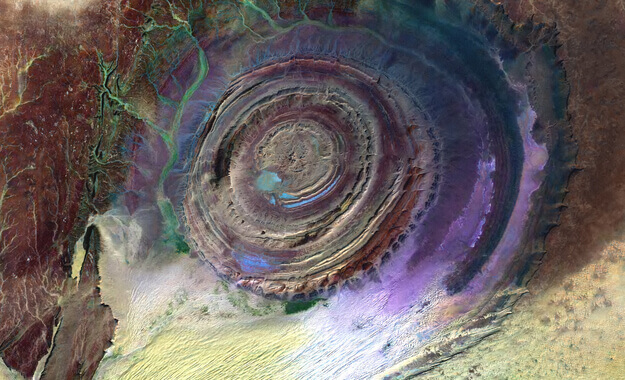 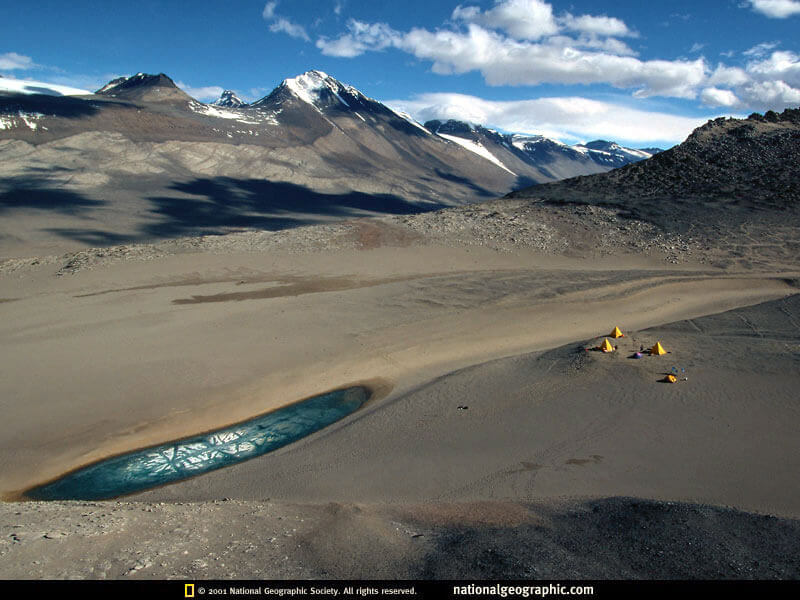 The Dry Valleys in Antarctica is known to be the only place on Earth that is similar to Mars because of their barren gravel-strewn floors. The amazing landscape of the Dry Valleys, situated within Victoria Land is the only continental part of Antarctic without any ice. The terrain looks completely out of this world; the floor of the valley sometimes contains a frozen lake with several meters thick of ice. It is said that there are mysterious organisms living under the ice. 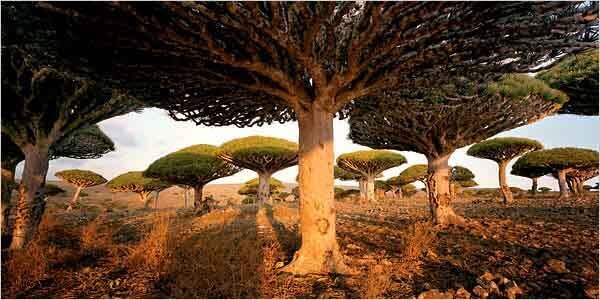 When you go to Socotra Island in the Indian Ocean, you’ll feel like you’re in another planet or you’ll feel like you’ve gone back in time. The Socotra Island is one of the 4 islands that are geographically isolated from mainland Africa about 7 million years ago. There are about 700 rare species of fauna and flora which can be found in this island and 1/3 of them are endemic.
The weather here is extremely harsh, however plants still thrive here. You can also see wide sandy beaches, limestone plateaus, caves, and mountains about 1525 meters high in this island. Some trees and plants that are found here are said to be around 20 million years of age. 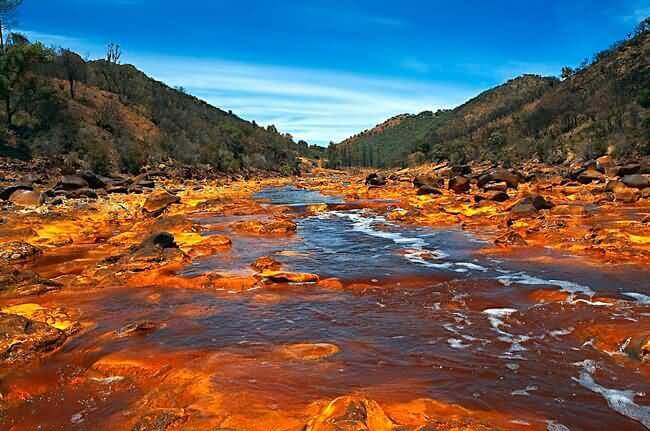 The river in Rio Tinto is highly acidic with a pH of 1.7 up to 2.5 and it is also contains heavy metals. 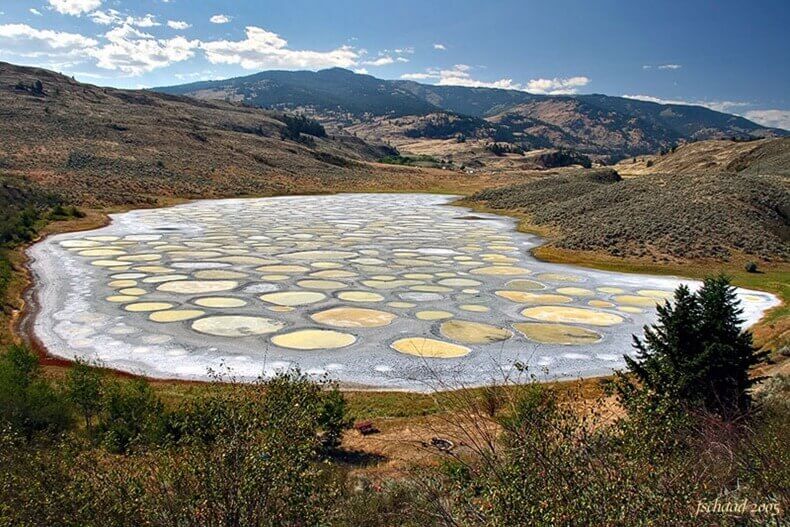 During the summer when the weather is hot, the water in the Spotted Lakes evaporates resulting to the crystallization of minerals and the formation of white-rimmed circles. These circles are shallow pools that reflect the mineral in the water with colors of blue and green.

The Spotted Lakes contain magnesium sulphate, calcium, sodium sulphates, and more than 8 other minerals such as silver and titanium. 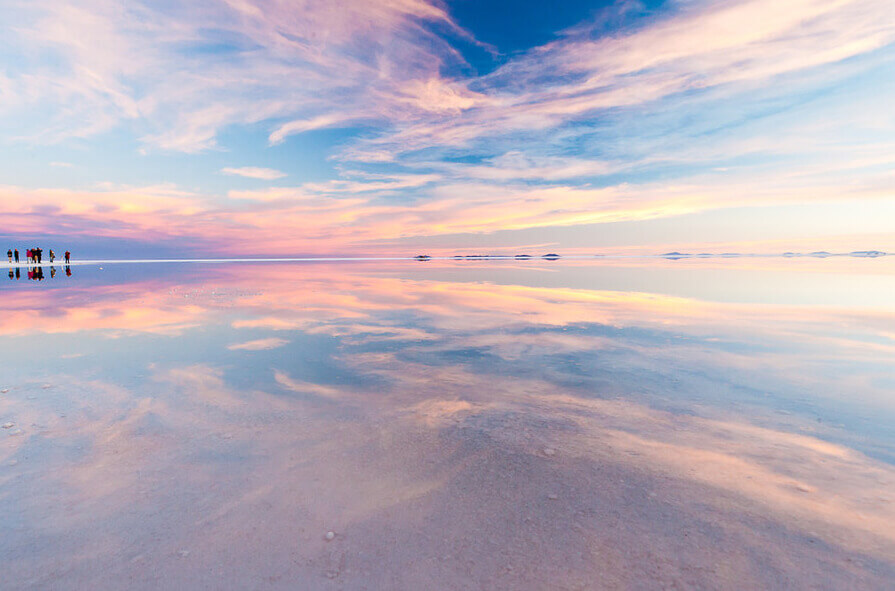 The Salar de Uyuni which can be found in Bolivia is considered as one of the most spectacular landscapes on Earth. The largest salt desert in the world is located here together with active volcanoes, tall cacti islands, and geyser flats. 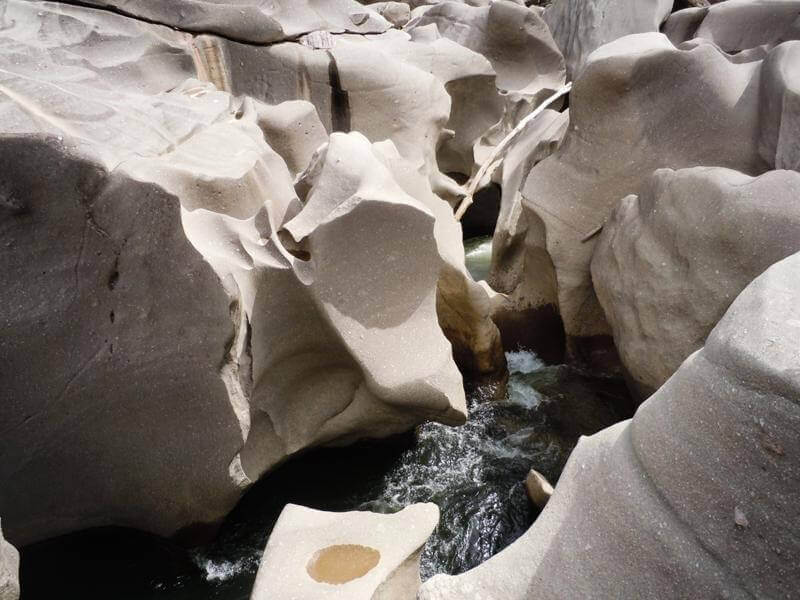 The Blood Pond Hot Spring or the “blood pond hell” is one of the nine most amazing hot springs in Beppu, Japan. People are not allowed to bathe on this pond because of its hot, red water. The water is red because of its high iron content. 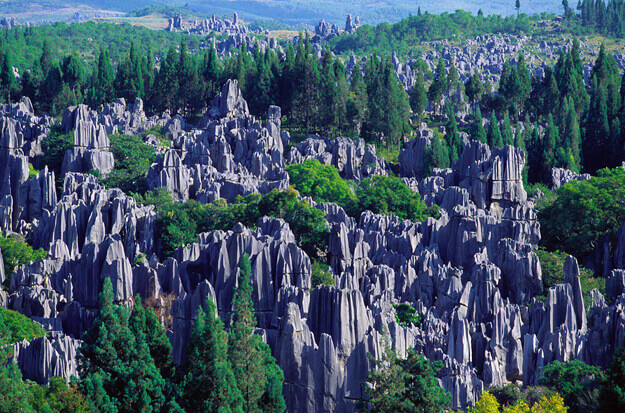 The rocks of the Stone Forest in China are made up of limestone, they are formed by water draining the ground’s surface and clearing away everything except for the pillars.
The Stone Forest is known to be the First Wonder of the World since the Ming Dynasty.

The Richat Structure in Mauritania is a circular landform with a diameter of 30 miles. This spectacular structure is so massive that it can be seen even from space. The formation of this structure was thought to be the cause of a meteorite impact. However geologists believe that the formation is the result of uplift and erosion. However the cause of the circular shape remains to be a mystery until now. 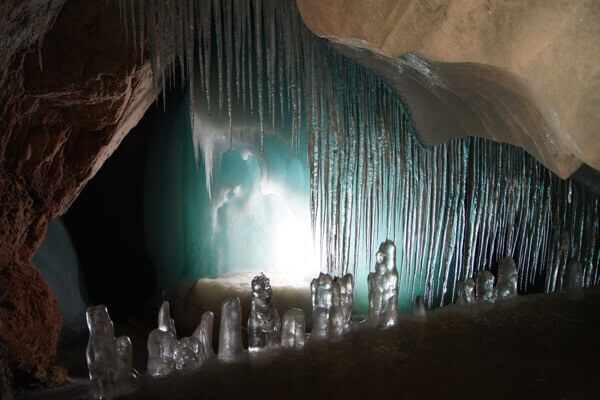 The Eisriesenwelt is a unique limestone cave and is known to be the largest ice cave of the world. The cave features all kinds of ice formations, ice waterfalls, towers of ice and gigantic columns. It is located in Werfen, Austria, 40 km south of Sazburg.