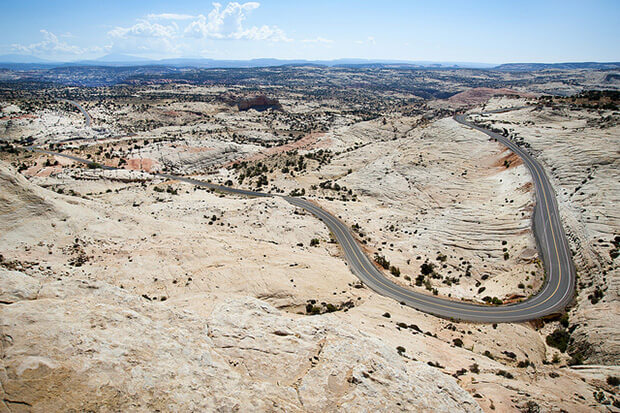 Summertime is the best time to go for that all-american road trip you planned long ago. If you want to unwind or just adventurous, you probably love a good road trip. We are sharing 8 of the all-American road trips you should take this summer because according to TopRetirements.com the factors that makes it a good road trip are views of the water, breathtaking mountains, amazing natural features, beautiful especially seasonal foliage, historic houses and buildings and especially fun to drive.

8 All-American Road Trips You Should Do This Summer.

1. Tail of the Dragon — Tennessee/North Carolina

Like we said, there are all kinds of reasons to pick a great road. This one is famous for its degree of difficulty and road excitement. The official road is just 11 miles. People who love to drive come here to experience the sharp curves and thrills in their motorcycles and sports cars. The advice is not to come for the scenery (which must be nice) — you need both eyes on the road. It was featured in the movie “Two Lane Blacktop,” and Harrison Ford jumped from the dam here in “The Fugitive.” North of here Maryville, Tenn. is worth visiting as a potential retirement town.

Route 1 from Key Largo to Key West, Fla.: The first part of this highway from the Florida mainland to Key Largo is boring. But from Key Largo through Islamorada to the terminus of Route 1 in Key West is incredibly beautiful. You’ll frequently be beside a turquoise sea. You will cross the 7-mile bridge. And you will be following the route blazed by Henry Flagler’s short-lived Florida East Coast Railroad to Key West. The movie “True Lies” has action scenes and a spectacular helicopter/car chase on this highway.

3. Going to the Sun Road — Montana

Almost every list of the most scenic roads in America includes this drive that goes through Glacier National Park. You’ll see mountain peaks, snow, and follow the Continental Divide in the Rockies. Beautiful Whitefish isn’t on this road, but is definitely worth a detour.

Route 1 — California, Oregon, and Washington. Just about anywhere from Santa Barbara to the Canadian border on this road will produce jaw-dropping scenery of the Pacific Ocean and coastal mountains. Although the Pacific Coast Highway has 123 official miles, Route 1 is much longer. Driving it you need to be alert for mudslides, sharp turns, and detours. The 17-Mile Drive (it is actually less than that) goes across California’s Monterey Peninsula from Pacific Grove to Carmel, while passing through the famous Pebble Beach golf community. North of San Francisco, don’t miss Mendocino and Eureka.

Allocate some time to explore this charming 117-mile route that wends through Cape Cod. You will go through forests, past saltbox homes in colonial villages, tidal ponds, and eventually end up at the Provincetown harbor. Don’t miss the towering sand dunes and beaches. Be sure to eat at the Lobster Pot in Provincetown.

This, one of the most stunning roads in the world, runs from Capitol Reef National Park to Bryce Canyon National Park in Utah. The route goes for 124 miles at significant altitudes (9,000 feet) and goes through forested mountains to the amazing bald mountains in Boulder. That’s where you should have lunch or dinner at the Hells Backbone Grill. From there the road begins following a narrow ridge along the red canyons of Grand Staircase-Escalante and Bryce Canyon National Parks. Not too far from there is the growing retirement town of St. George, definitely worth a visit.

Charles Kuralt called this the most beautiful highway in America. U.S. 212 runs from the northern entrance of Yellowstone near Cooke City to Red Lodge, Mont. through the Absaroka-Beartooth National Wilderness. At one point the road is just a few feet under 11,000 feet elevation.

This discontinuous highway in Nebraska has two segments. The western segment begins at the South Dakota border northwest of Crawford and ends southeast of Grand Island at an intersection with Interstate 80. The eastern segment begins in Lincoln, Neb. and ends at the Iowa border at Nebraska City. Along its more than 200 miles it features dramatic sand hills, remote countryside, expansive farmland, marshes and wetlands and winding rivers.