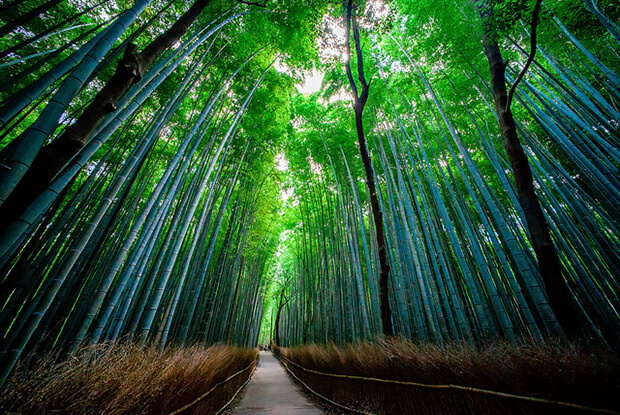 Check out these gems of the natural world called “rainforest“.

2. Yasuni National Park, Ecuador
Yasuni National Park (Spanish: Parque Nacional Yasuní) is in Ecuador with an area of 9,820 km2 between the Napo and Curaray rivers in Napo and Pastaza provinces in Amazonian Ecuador. The national park lies within the Napo moist forests ecoregion and is primarily rain forest. The park is about 250 km from Quito and was designated a UNESCO Biosphere Reserve in 1989. It is within the claimed ancestral territory of the Huaorani indigenous people. Yasuni is home to two uncontacted indigenous tribes, the Tagaeri and the Taromenane.

3. Black Forest, Germany
Schwarzwald or “Black Forest” is a wooded mountain range in Baden-Württemberg, southwestern Germany. It is bordered by the Rhine valley to the west and south. The name “Black Forest” was given by the Romans who referred to the forest blocking out most of the sunlight from getting inside the forest by the dense growth of conifers.

4. The Congo Basin Forest
This forest serves as the second largest rainforest in the world. It covers a total of six countries including Cameroon, Central Africa, Democratic Republic and Republic of Congo, Equatorial Guinea and Gabon. This rainforest stands for 70% of the entire continent vegetation and in consists of approximately 600 various species of trees and about 10,000 different types of animals. This rainforest was endangered from deforestation in the continent as its trees are being cut down to be used for commercial and industrial establishments. It was cleared for farming purposes too. After the civil war in the region, people living in it have been forced to encroach and live inside the rainforest.

5. The Mau Forest, Kenya
Mau Forest is a forest complex in the Rift Valley of Kenya. It is the largest indigenous montane forest in East Africa. The forest area has some of the highest rainfall rates in Kenya.

6. The Kelp Forests, Australia
The kelp forest in Australia had large sources of sea weeds. Some of these weeds grow for about 80 meters in total length. However, based on the recent reports, the total original land area of Kelp Forests had been declining and only 5% of its original size remains. This rainforest is very essential habitat for marine creatures. The main products from Kelp are being manufactured to thicken the foods like ice cream and jelly. Natural disaster such as El Nino is one of the major causes why the Kelp Forest had been heavily destructed. The increase in the sea water temperatures and decrease of dissolved levels of nutrients is the ultimate outcome of this scenario.