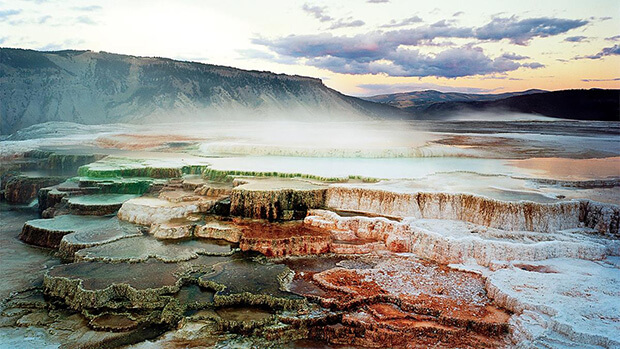 Planning your first vacation to our National Parks, you know that every park has its “go-to” spots that you can’t miss. If you’re looking to really get away from the parking lots and crowds, this list should get you going in the right direction for the perfect and peaceful backcountry getaway.

Don’t be the last to see these gems — listed below are 9 of secret places in the most-visited USA National Parks.

Everyone should visit Yellowstone’s trippy geysers and hot pools at least once. To avoid bus tours and traffic jams, go in the fall, when the park is mostly empty and the elk are horny and bugling. If you can’t pull that off, there are ways to navigate the more crowded times. Jeremy Schmidt, author of National Geographic’s Yellowstone and Grand Teton National Parks Road Guide, recommends Lone Star Geyser, a remote and less visited thermal area that erupts every three hours; it’s located two miles from Grand Loop Road by foot or bicycle. Get farther off the beaten path by hiking from the Heart Lake trailhead, near Grant Village, alongside hot-springs-studded Witch Creek, and pitch a tent on the shore of Heart Lake (backcountry permit, $25). It’s a 23-mile route, with an optional side excursion to 10,308-foot Mount Sheridan for views of the Absarokas to the east and the jagged Tetons to the south.

Prefer to paddle? Access the Shoshone Lake Geyser Basin via sea kayak on a two-night, 30-mile expedition through the Lewis and Shoshone Lakes. Rent boats or sign up for a guided trip with Rendezvous River Sports in Jackson Hole (from $720). To see Old Faithful’s otherworldly gallery of thermal pools, stay at the Old Faithful Inn, which was constructed almost entirely from local lodgepole pine logs ($108). 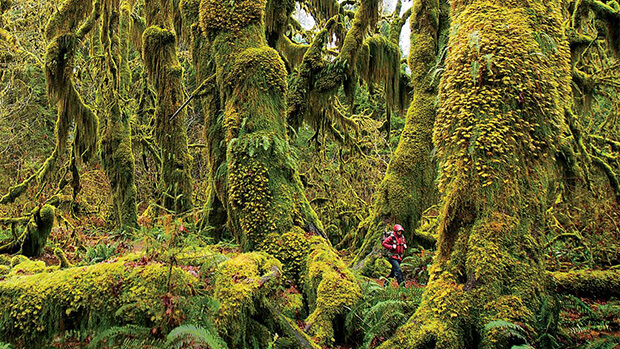 The massive Elwha Dam was removed two years ago to restore the river’s salmon population. Paddlers are cheering, too, since this opened up an uninterrupted float through Olympic’s former Lake Aldwell to the Strait of Juan de Fuca. Go with Olympic Raft and Kayak, which is launching ten-mile trips through the lower dam site, including three miles of Class III–IV water ($54). A raft is the perfect vantage point from which to spot eagles and other wildlife and to view the river’s restoration up close.

Also, the Boulder Creek Trailhead re-opened last fall. (It was closed for three years during demolition of a second dam.) Now you can hike 2.5 miles to Olympic Hot Springs, a handful of clothing-optional, rock-ringed pools in the fir and hemlock forest along Boulder Creek. For a longer trek, the Hoh River Trail on the park’s west end climbs 17.4 miles from the Hoh rainforest to alpine wildflowers at Glacier Meadows. There you’ll find the starting point to ascend 7,980-foot Mount Olympus. The choicest digs are the Roosevelt Cottages at 100-year-old Lake Crescent Lodge ($279), located just 30 minutes from the gateway town of Port Angeles. 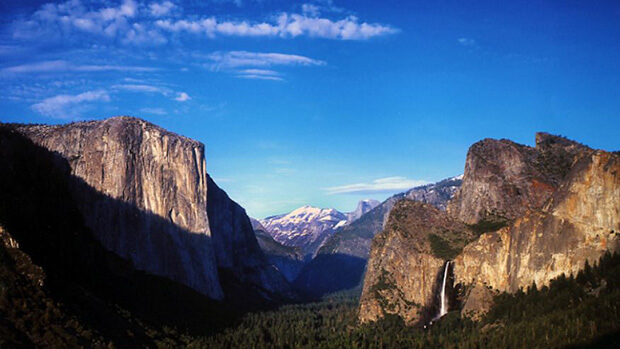 Everyone’s heard of the often over-crowded park that is Yosemite, especially in mid-summer when sightseers from all over the world descend for a taste of nature. Bumper to bumper traffic, mobs of people at the “got-to-see-it” attractions, and the infamous photo bomb (when your family Christmas card snapshot focuses more on the gawking tourist behind you then your actual kin). The Yosemite Valley wins the contest for most popular section of the Park and rightfully so. Believe it or not, there are actually a few secret spots hidden from the public eye that exist within the Valley itself. You just need the advice of an insider. Affording views similar to Yosemite’s most famous panoramic vista, the Tunnel View, a little higher up and a bit to the southeast is Artist Point. Here you might have the breathtaking beauty of the Valley all to yourself. Beginning this short but steep trek requires you to turn left on an old stagecoach road a half mile into the Pohono Trail (the one that goes all the way to Glacier Point). Once you hit this road, the solitude begins…the kind of quiet where you can hear the wind whistling through the pines and the scamper of an animal or two. A short jaunt upwards brings you to Artist Point where you’ll catch sight of Half Dome, Clouds Rest, Bridalveil Meadow, Royal Arches, and the Merced River to name a few worthy icons. Due to the fact that the trail remains unmarked, the crowds haven’t found it yet…and we can only hope it remains that way. 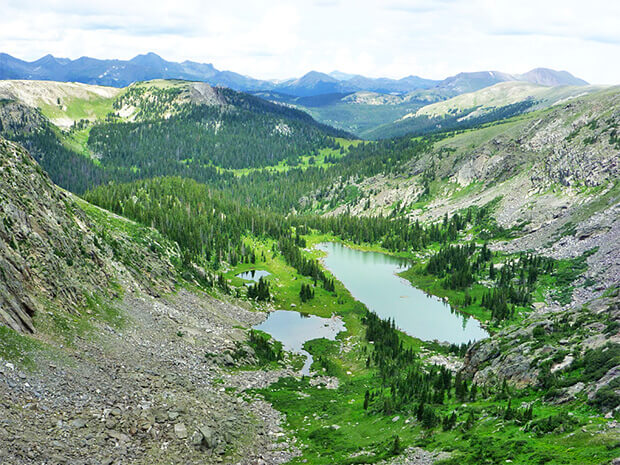 Timber Lake is a typical Rocky Mountain National Park day hike destination, situated on the slightly less busy west side of the mountains and reached by a 4.6 mile path starting from a large trailhead in Kawuneeche Valley, along US 34 just before the start of the steep climb towards Trail Ridge. Like many other paths in the park, most of the hike is through thick pine woods, albeit with occasional views of the valley and the surrounding mountains, but the trees are more dispersed towards the upper reaches, mingling with meadows and open streamways, and the forest stops completely shortly before the lake, which sits at the very upper end of a ravine at 11,060 feet elevation, lined by rocky slopes on three sides. 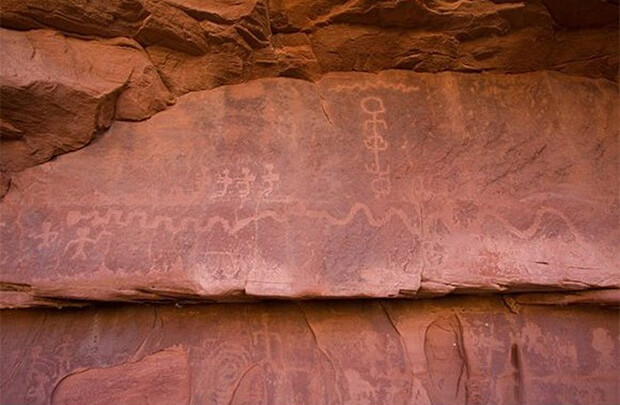 Most visitors to Zion National Park come for the natural wonders as seen from popular hikes like Angel’s Landing, the Narrows, and even the lesser-known-because-it’s-so-hard-to-get-a-permit Subway. But if you’re not most visitors, consider adding a visit to one of the park’s cultural wonders: Petroglyph Canyon.

The canyon is very hush-hush—even if you ask a ranger about it—likely because touching has already eroded some of the other areas in the park known for petroglyphs. Plus, deliberate vandalism continues to threaten the delicate rock art. This particular archeological site features more than 150 figures, nearly all petroglyphs (incised images) with one small red triangle pictograph (painted image). Instead of giving convoluted directions to the site, we urge you to respect the preservation efforts of the National Park Service and consult a park ranger at the visitor’s center if you’re interested in this piece of history.

One of the more difficult spots to reach on our Top Ten List, Elves Chasm is a special place that can be located with the help of knowledgeable guides or an experienced boatman. To reach the Chasm, choose your route: Royal Arch Loop Trail, a multiday moderate to strenuous adventure involving hiking desert wilderness, scrambling up and down boulders, and repelling down cliff sides; or the Colorado River raft route, in which you make the trip to Elves Chasm via a side excursion off the Colorado’s main channel. However you decide to arrive to Elves Chasm, you won’t be disappointed when you “happen” upon this oasis in the desert. A delicate waterfall appears seemingly out of nowhere falling softly into a deep blue-green pool at the base of a narrow red rock canyon. The greenery surrounding the waterfall pulls together the scene providing striking colors and a literally jaw-dropping setting, a photographer’s dream. For the brave, carefully climb up the slippery rocks behind the falls to leap out over the cascade for a drop into the deep pool below. Ahh, now this is true paradise.

If you’re looking for the most inspiring place to watch the sunset in Canyonlands National Park, look no further than the easily accessed Green River Overlook. While most of the crowds flock south to Grand View Overlook for the evening show, Green River Overlook escapes the masses and offers a panoramic vista of some of the best landscapes that Canyonlands have to offer. Looking out over the white-rimmed Green River gorge, extensive plateaus, prominent red rock buttes, and snow-covered peaks in the far distance, you can’t help but be wowed when taking in this surreal view. For an even more secluded experience, scramble down and sideways from the actual overlook to find the surrounding hidden sitting spots along the canyon walls. 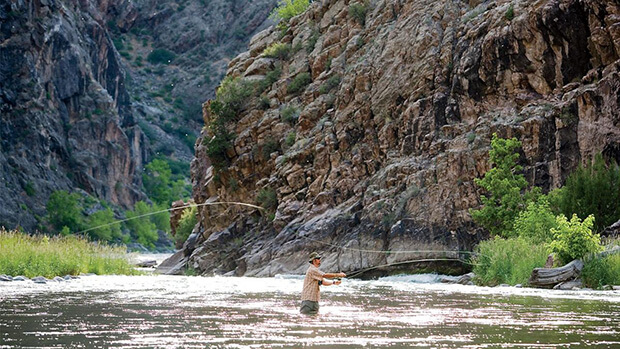 The majority of visitors to Black Canyon never make it past the rim, but it’s hard to blame them: the routes descending the 2,000-foot gorge to the churning whitewater of the Gunnison River follow steep, unmaintained gullies, some of which require technical-climbing skills. For those who do go deeper, the rewards are great: world-class trout fishing, limitless rock climbing, and stunning views of the granite walls on either side.

To keep it mellow, hike the two-mile Oak Flat Trail, which dips 400 feet into the gorge on a maintained section, or walk the three-quarters of a mile out to Warner Point, the park’s highest spot. If you go all the way down, the best camping is on the riverside beach at the bottom of the Warner Route, a six-hour round-trip scramble from Warner Point. You’ll need a free backcountry permit even for a day trip, which can be picked up at the South Rim visitor center or North Rim ranger station. To scale one of the Black’s legendarily long and airy routes—like six-pitch, 5.9 Maiden Voyage—book a day with Irwin Guides (from $265). 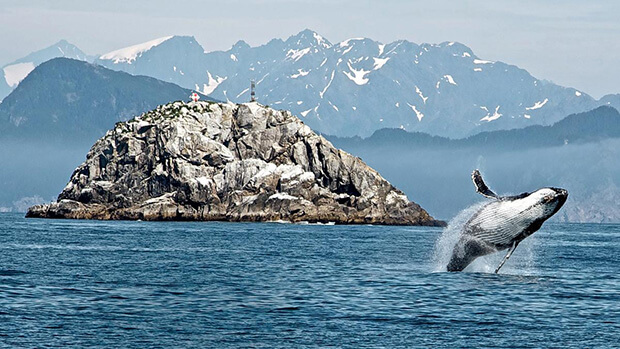 Kenai is a 669,983-acre rampart of rock, crevasses, and impenetrable ice on the Gulf of Alaska shore, but don’t be intimidated—that’s why you’re going. The park is a two-and-a-half-hour drive south of Anchorage and just ten miles from the harbor town of Seward. One of the best hikes is at Exit Glacier: a steep four miles alongside the edge of the icy slope, the trail yields impressive views onto the large Harding Icefield.

But the park is best seen by boat. Take an overnight sea-kayak tour with Kayak Adventures Worldwide, which includes a three-hour boat ride to 22-mile-long fjord Aialik Bay, where you’ll see whales, sea otters, sea lions, and puffins ($699). You’ll paddle along the mile-wide face of Aialik Glacier, then head two miles south to camp near Pedersen Glacier’s lagoon, with a maze of icebergs to explore. For a softer landing, the 16 cabins at Kenai Fjords Glacier Lodge are also on a beach near Pedersen Lagoon and are the only lodging within the park’s boundaries ($725, meals included).