1. Climb Top of the Rock 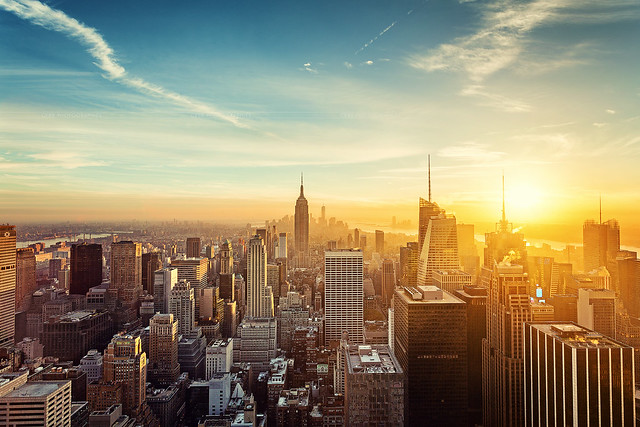 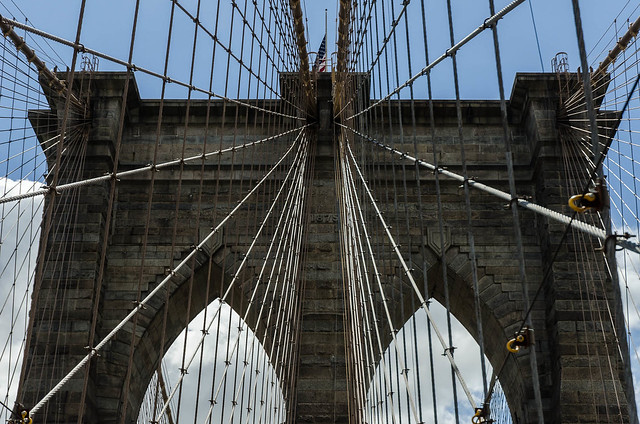 3. Look up at the ceiling of the Grand Central Railway Station 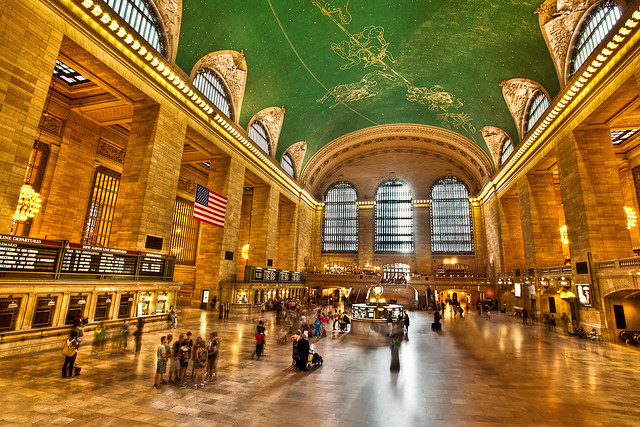 Grand Central Station is one of NYC’s most beautiful public buildings. 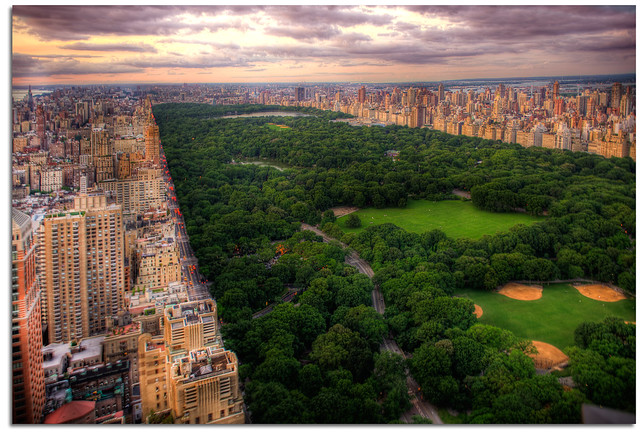 If you are a jogger, go for a jog around Central Park one morning with all the New Yorkers – a lap of the whole park is 6.1 miles. If that sounds too strenuous, there is a 1.7 mile lap a loop in the southern part of the park.

Go to the Metropolitan Museum. Walk past the Guggenheim and admire Frank Lloyd Wright’s design. Visit the Frick. Other Museums include MOMA (mid-town) and the Cloisters in Washington Heights (part of the Met Museum). 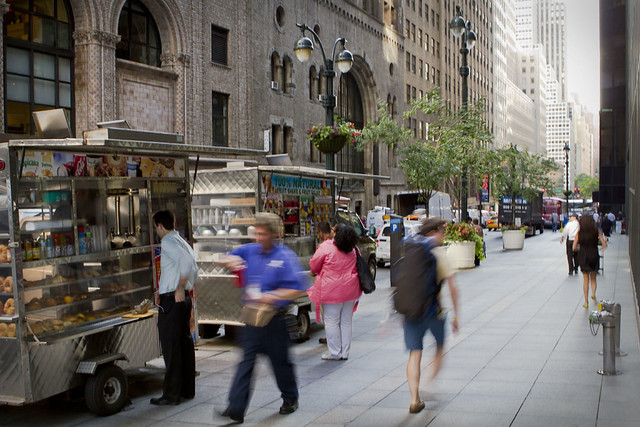 Eat a bagel with cream cheese. Have an ice coffee. Try a pretzel. Or a hot dog from a street vendor (Papaya King is an institution – corner of 86th and 3rd Ave). Order pastrami on rye from Katz’s Deli, one of NYC’s oldest delis and the location of “I’ll have what she’s having” scene in When Harry Met Sally. Have a burger (try Shake Shack in Madison Park). Eat the amazing Mexican food on offer in NY.

7. Go to a play or musical on Broadway and afterwards walk through Times Square 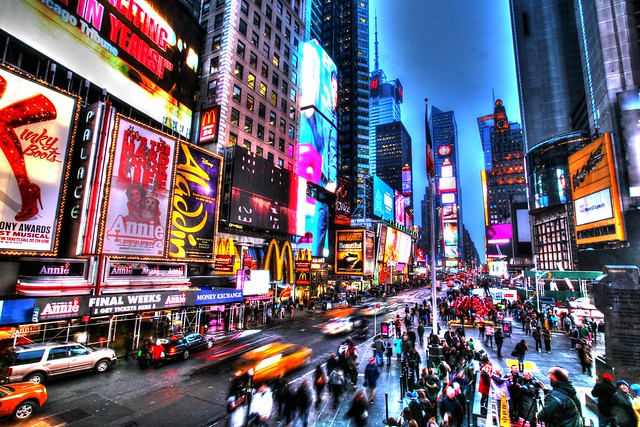 Watch a Broadway Show or play and then see the lights of Times Square. Source: Flickr Chris Scadden

See the Mets or the Yankees play a game of baseball. Source: Flickr Gerardo Nava 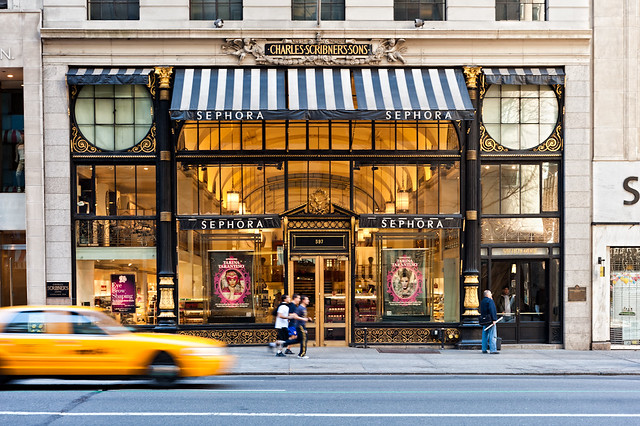 One of the many shops on 5th Avenue. Source: Flickr Eric Wüstenhagen

Go shopping (i) in SoHo, (ii) in the West Village (Perry Street, Jane Street and Bleeker Street and don’t forget to stop in for a cupcake at Magnolia and explore the boutiques), (iii) along 5th Avenue and Madison Avenue (for fancy shopping), (iv) down town at Century 21 or (v) out at Woodbury Common outlets for discounted bargains. 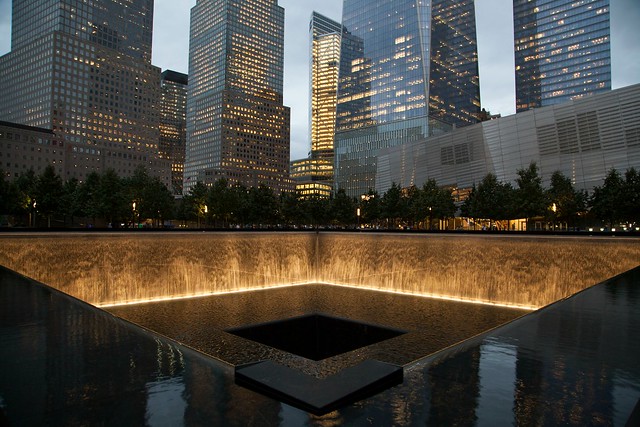 The suburbs surrounding the former World Trade Center site / Ground Zero was avoided for some time after the 9/11 attacks, but it is now one of the busiest parts of town.